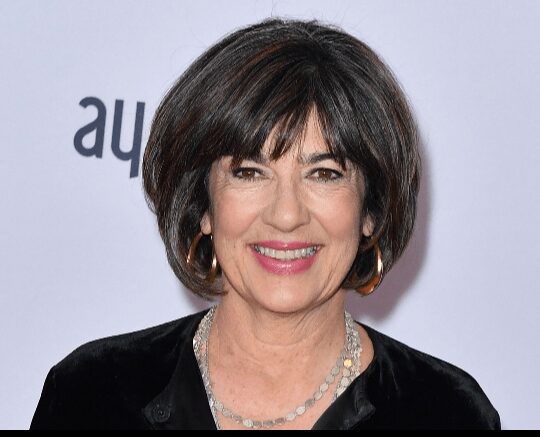 Amanpour, who has been off the air for the past four weeks because of the disease, shared the news with viewers on Monday 14 June, describing the period as “a bit of a roller coaster”.

Amanpour, 63, also said the reason she recently took a break from work was because she pinched it in a bud “successful major surgery”, adding that she’s confident about the outcome, even as she begins several months of chemotherapy to deal with the cancer doctors weren’t able to surgically remove.

“I’ve had successful major surgery to remove it, and I’m now undergoing several months of chemotherapy for the very best possible long-term prognosis, and I’m confident,” Amanpour said at the beginning of her daily television programme.

“I am telling you this in the interest of transparency, but really as a shout out to most early diagnosis.

“I urge women to educate themselves on this disease; to get all the regular screenings and scans that you can; to always listen to your bodies; and of course to ensure that your legitimate medical concerns are not dismissed or diminished”, she said.

Amanpour also thanked her programme’s staff and Bianna Golodryga, CNN’s Senior Global Affairs Analyst, who filled in on her for the past four weeks.

After her brief statement, Amanpour carried on with her programme. “That’s my news, now let’s get to the news”, she said.

The announcement triggered an outpouring of support and encouragement on social media from colleagues at CNN and countless media personalities wishing her a full recovery and commending her public announcement.

Golodryga tweeted, @camanpour, you’re not only one of the best journalists in the business, you’re also one of the toughest. Wishing you a speedy and healthy recovery in the weeks ahead. No doubt you’ll end up on top. It’s been a privilege helping you and your extraordinary team.

CNN Worldwide President Jeff Zucker wished Amanpour a full recovery.”I want to applaud Christiane Amanpour for her candor, bravery and always working towards the greater good,” he said in a statement.
“As a cancer survivor, I too encourage people to listen to their bodies and get all early cancer screenings available to them. From our CNN family, we wish Christiane the very best for a full and speedy recovery”.

Some of Amanpour’s counterparts also shared well-wishes with her on Monday.

“Thank you for being open” about the diagnosis, NBC’s Chief Foreign Affairs Correspondent and Anchor Andrea Mitchell wrote to Amanpour on Twitter.

“It is so important and typical of how strong and brave you’ve always been. Courage and honesty is your trademark. You will beat this too”.

With months of chemo treatments ahead, Amanpour anticipates anchoring Mondays through Wednesdays for the time being. She also has three weeks of previously-scheduled time off starting at the end of June.

The British Iranian television journalist is known primarily for her coverage of international conflicts, including the Persian Gulf War, the genocide in Rwanda and the Bosnian War, making her one of the most prominent war correspondents of her generation.

Be the first to comment on "CNN Anchor, Christiane Amanpour, Diagnosed With Ovarian Cancer"