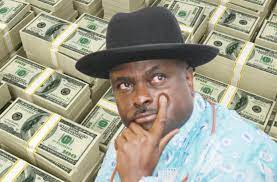 Accountant General of the Federation(AGF) Mr. Ahmed Idris, said the £4.2 million looted by the former Governor of Delta State, James Ibori, that the Federal Government recently repatriated from the United Kingdom, has been returned to the state government.

The AGF made this known in Abuja today when he appeared before the House of Representatives’ Ad hoc Committee on Assessment and Status of All Recovered Loots Movable and Immovable Assets from 2002 to 2020 by Agencies of the Federal Government of Nigeria for Effective Efficient Management and Utilisation.

Idris, while being grilled by the committee, stated that such funds looted from the treasury of a state are usually returned to the state,adding that states can sue the Federal Government to recover such funds.

Recalled that the federal government, through the Nigeria’s Attorney-General of the Federation, Abubakar Malami, about a week ago said it has finally received from the United Kingdom the £4.2million recovered from former Governor of Delta State, James Ibori’s associates and family members.

He had said in a statement that the “naira equivalent value” of the total £4,214,017.66 “has been credited into the designated Federal Government account” since May 10.

Balami’s spokesperson, Umar Gwandu, who issued the statement, did not disclose the actual naira equivalent paid into the Nigerian government’s account.

“Attorney-General of the Federation and Minister of Justice, Abubakar Malami, SAN, signed Memorandum of Understanding for the repatriation of the Ibori loot on behalf of the Federal Government of Nigeria.

“The development, according to Malami, was a demonstration of the recognition of reputation Nigeria earns through records of management of recovered stolen Nigerian stolen in the execution of public oriented projects,” Gwandu statement reads.

Be the first to comment on "We Have Returned £4.2M Ibori Loot To Delta–Accountant General"