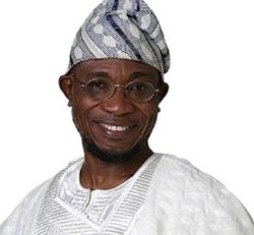 …Declares Zero-Tolerance For All Forms Of Touting

The Federal Government has stated that it would  Review the entire passport application process by the Nigeria Immigration Service (NIS) to six weeks, to ensure seamless, transparency.

This is to ensure human dignity for applicants and fulfill citizenship integrity, in line with the mandate of  the Ministry of Interior.

The Minister of Interior, Ogbeni Rauf Aregbesola disclosed this today at a meeting with the Comptroller General of Immigration, Mohammad Babandede, Passport Officers, as well as the attaches in Nigeria Missions abroad, at the Immigration Headquarters, Sauka, Abuja.

In his speech titled, “A New Dawn in Passport Application Processing” the Minister said, “We have had several challenges in the past, including shortage of booklets, touting, racketeering, inflating the cost, passports being issued to ineligible persons, among  others. It has become imperative therefore to review our operations and rejig our system, in order to be able to offer excellent services to our clients.”

According to him, efforts are on to embed security operatives both seen and unseen, in all passport offices.

“They will wear body cameras. They will detect and report any form of solicitations, inflation, improper communications, extortion, diversion, hoarding and other corrupt practices. Those caught will be dealt with according to the law,” he stressed.

The Minister disclosed further that an ombudsman would also be created for members of the public to receive complaints and reports on officers trying to deviate from prescribed guidelines and subversion of the process.

“Therefore, I am declaring a zero-tolerance stance to all forms of touting. No applicant will be made to pay any illegitimate fees,” he said.
Highlights of the meeting include but not limited to the following: Creation of special centres for expedited services.
According to the Minster , these special centres will run on public-private partnership basis, adding that this has already taken off in Abuja and 10 more will be opened in  the coming weeks, as more of such centres will be opened all over the country.
He posited the Federal Government’s  goal is to have one in each local government, university campuses, institutions of higher learning and other places.
The Minister stated that a timeline would  be fixed for every application such as a collection date and that it would be six weeks, comparable to what obtains in other countries.
This, he said is to allow for enough time to investigate and validate personal information supplied by the applicants, adding that what the Federal Government is driving at is the peace of mind that comes from assurance of certainty.
He added that if there are circumstances that will make the date to change, it will be communicated to the applicant one week before the collection date.

Furthermore, Aregbesola  stated that applicants would have no basis for further communication with officers, other than to complete their application process and leave the venue.
The date for the collection of their passports or any challenge to the application, the Minister said will be communicated to them, as the technology for the efficient running of this system has been acquired and would be deployed.

The Interior Minister pointed out that to publish the list of the backlog of applications that are ready which are yet to be collected by the owners, applicants will be required to go to the State commands to collect them.

He said that with these changes, “It is my firm belief that we will arrive at a new dawn in passport application processing.”
He called for the support and maximum cooperation of all passport officers to make more significant contribution to national development.

“It should be our personal and collective goal to leave an institution better than we met it,” he said.

Aregbesola, who expressed gratitude to President Muhammadu Buhari for his consistent support for the Ministry of Interior and all its agencies, also commended the Comptroller General of the Nigeria Immigration Service, Mohammad Babandede for his tireless efforts and the unprecedented success the agency has recorded under his leadership.

The Minister commended all the officers, who are sacrificially serving to man the nation’s borders and do the business of the agency under very challenging conditions.
“I must thank all our partners, without whose efforts and contributions our exertions would have been in vain,’ Aregbesola stressed.

Earlier, the Comptroller General, NIS, Mohammad Babandede said the need to reduce the waiting period for applicants led to the new review.