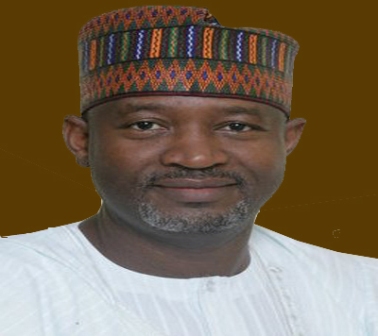 Stakeholders in the aviation  have  started interrogating  the rationale behind the  approval  by Federal Executive Council (FEC) for a  contract worth over N10 billion for the provision of Airport Management Solutions(AMS) for Abuja, Lagos, Kano, Port Harcourt and Enugu. international airports, which the Aviation Minister, Senator Hadi Sirika  has designated for concession.

According to Sirika the contract was awarded to Arlington Security Nigeria Limited  and to be completed in 12 months, adding that the system would facilitate common use of terminal equipment required for sharing airport resources in accordance with IATA recommendation 1797.

“This allows flexible sharing of resources for check-in and boarding, such as servers, work stations, associated peripherals between airlines and handling agencies present at the airport,” he said.

The Minister  further explained that the system would also provide for baggage drop, which makes it faster and quicker for passenger processing. and equally provide for E-gates that would be electronically operated.

To justify the award of the contract, he stated that  the system  was new and had not been part of the system provided in Lagos and Abuja before now.

Despite these explanations given by the Aviation Minister, stakeholders in the industry are not convinced, as they are beginning to ask why airports that have been penciled down for concession should be given such  huge amount . Stakeholders are of the opinion that the Federal Government should not spend such amount on airports, which the Aviation Minister have said severally would be concessioned to private entities.

They contended that if Sirika can  lobby FEC  to approve N10 billion to fix Management Solutions System (AMS) in the affected airports, what then  would the concessionaires be  doing.

The stakeholders, who are yet to come to terms with the reason for the contract worth N10 billion,  stated that in some aviation climes, concessionaires are allowed to spend  money on the airports  concessioned to them compared to situation in Nigeria, where government continuously spend money on facilities approved for concession.

Speaking on the issue, the President and Chief Executive Officer,  Sabre  Network, West Africa, Dr. Gbenga Olowo stated that private sector participation in aviation safe for airlines with this administration remains cloudy and that national carrier rebirth itself remain a contradiction, adding that in six years, Arik, Aero, national carrier remain a mirage.

According to him, “One would have expected ICRC to concession the airports after resolving the many bugging issues already identified by industry experts, workers unions and the general public and utilize this funds on more pressing issues in the sector. Pardon my ignorance. Speaking further , he said, “I presume bidding process must have been concluded by Infrastructure Concessioning and Regulatory Commission (ICRC) under whose purview the activity lies where concessioning to be on course.”

Also speaking, Aviation Analyst, Olumide Ohunayo stated that  the money approved has to do with airport operating system;which includes departure gates, cameras and other system.

He stated that what was  approved were equipment to be used at terminal buildings for the five major airports.

“These are the terminal buildings and airports that are already slated for concessioning. So, you now begin to wonder why the government is spending money for someone else to come in and take such terminals.

“Also, at what point did the government decide on this? We never saw any advert, bidding for it and suddenly, a price came out from nowhere and it was approved. The same Federal Executive Council that said they were stopping the national carrier has gone ahead to approve over N20 billion for the same project from palliatives. You are giving N5 billion to those who are living and gave N22 billion to a child that has not been born.

“There is something wrong in the disposition of cash in the industry of late and the approval from the FEC. Invariably, with this approval, it is assumed concession of the airports is done and dusted for it not to be raised again forever.”

“For me, I am happy to see FAAN take over the airports back from the concession, but there is need to make FAAN commercially-oriented, profitable and be investors in other airports outside Nigeria. “Now that we are once again investing in our airports, we can as well look at a management company that will take over the management of FAAN for a period of eight to 10 years to restructure FAAN for profitability as a full airport company. It remains government ownership during that period. The idea is just to restructure, be ready to pay people off, train staff and be ready to pay those who are available well and prepare the airports for profitability and for the benefit of the passengers and the country in general, he said.

On his part, the Chief Executive Officer, Centurion Security and Aviation Security Expert,Grp. John Ojikutu  wanted to know  what  the Federal government and  the Federal Airports Authority of Nigeria(FAAN) agreed  as ‘Airport Management Solutions’ for airports security without the agreements of the government security agencies working at Nigeria’s  airports

According to him, “We need to find out the requirements and the demands of the ICAO in Annex 17 from member States.

“Aviation security is a matter for national security council not for aviation and should therefore not be included in the airport concession,” he said.

On his part, the Chief Executive Officer, WestLink Airlines, Capt. Ibrahim Mshelia stated that the issue of airport concession  has been a heated argument for a very long time and  but that it is not only with limited to the President Muhammadu Buhari led administration.
He said that concession has its huge benefits if done rightly and not skewed to favour one side, adding that he has always believed in concessioning government interests to private experts and able entrepreneurs if it would  create more jobs than present, upgrade facilities to better standard than present.

According to him, “This has been the argument in the past and again I support concession, but with the terms above. The property going for concession belongs to the people, you cannot therefore concession and send the people home to be jobless. They will fight you to keep their jobs.

“I agree also no concessionaire will take over anything in Nigeria without firing people. Let’s fix that problem ourselves first and save the concessionaire the headache with the unions.
It is true that aviation is a specialised field. Only specially trained and qualified people work there. Is this the situation now? We all know the answer is NO!!! All concessionaires , be it local or expatriate will work with only relevant staff and who are properly trained for the job.”

Speaking further, Mshelia said, “The concessionaire is in business to make money too. We have run our things to create jobs only and stay afloat. No concessionaire will continue when they take over. So, what we should do is fix this huge problem. Infrastructural upgrade itself should be a part of the conditions for the concessionaire to be able to do to be considered and not the other way round in my opinion. But then when you are on the hot seat, you see more than the public. In which case public hearing now becomes relevant to present the situation before the people and explain your actions.

“Any concessionaire who is not able or willing to bring in money, make it better and create more jobs is not what Nigerians should presented at this time of national difficulty.

Anything short of this in my opinion is not in the interest of Nigeria in our current state and should be resisted by all well meaning Nigerians, ” he said.