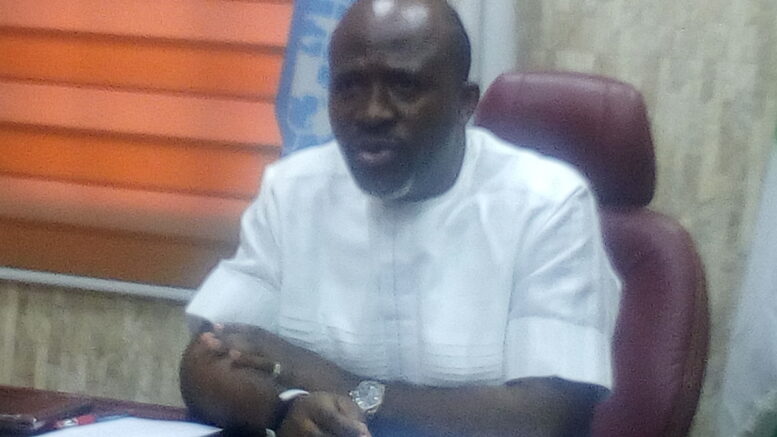 The Commissioner  and Chief Executive Officer of Accident Investigation Bureau- Nigeria(AIB-N), Engr. Akin Olateru  has stated that extensive consultation s with stakeholders towards establishing the Nigeria Safety Investigation Bureau (NSIB) has reached 96 per cent  and would be completed in the next two weeks.

This just as he also said that his topmost  priority is the welfare of workers and provisions of tools  that would ensure they carry out their duties effectively and efficiently.

NSIB Bill is aimed at establishing a multi-modal accident investigation body for transport  sector , which include air, marine , rail and road.

The AIB-N boss ,whose second tenure was approved by President  Muhammadu Buhari about two weeks ago made this known  while speaking with the new Executive of the League of Airports and Aviation Correspondents(LAAC), who paid him a courtesy call at Safety House international wing of the Murtala Muhammed Airport(MMA),Lagos at the weekend.

According to him, since the public hearing at the National Assembly, there has been a lot of consultations taking place and that happened till the end of his first term, adding that consultation would continue this week.

He stated  that plans to establish NSIB was still on course and that the Bill in question was an Executive Bill that was discussed at the Federal Executive Council(FEC) and approved by President Muhammadu Buhari  before it was brought to the National Assembly (NASS) for debate and consideration.

“From next week (this week), I will re-engage the major stakeholders and the consultation side is about 96 per cent done and it is just to finish up with it within the next two weeks and passed it to the National Assembly,” he said

The proposed Bill, he argued if passed into law would  provide adequate legal and institutional frame work for the regulation and administration of safety transportation occurrences in Nigeria.

On the insinuation that stakeholders did not key into the  multi-modal accident investigation drive considering  the Senate Committee on Aviation’s comments, when the matter was brought before it, Olateru said, “You must understand that the NSIB Bill was an executive bill sponsored by the executive and it is not a private bill. The bill was debated at the Federal Executive Council and it was approved by Mr. President before it was sent to the National Assembly.”

He continued, “I guess these stakeholders you are talking about are still under the Presidency and this Bill is not AIB, Bill but it was the initiative of the Presidency. If a minister takes a decision, is there any need to consult any agencies under him again? It is not done.”

The heads of these agencies were at the FEC meeting and a circular was circulated to that effect on the bill proposal and if there had been any objection, it will have been made known, ” Olateru said.

On what his major priority  would be now that his second term has been approved, the AIB-N boss, said that  there are a few items on the list, adding that priority number one is staff welfare, training, issue of promotion and equipping the agency  staff with the right tools and things that will make them happy.

He added that the agency, when going to accident site  for instance to  investigate  should have the right operational vehicle and  that other  things that would give them satisfaction must be provided

Olateru stated that his number two priority is to ensure that AIB-N continue to deliver its mandate and   that it was  clear that the agency investigate serious incident and accident, adding that it has to be done to the highest professional level.

Speaking further, he said, “The best that can be done is to release a report in good time and the quality of the report should be topnotch and the fact that should be clear and it must be communicated in a way the reader can understand. All this will make AIB an enviable place to work.”

The AIB-N  commended the media for supporting the agency by publicizing its  activities, adding that the investigative body would not have achieved all the achievements alone during his first tenure without the continued support of the media.

He urged the media not to relent in its support to the agency, as according to him “we are partners in progress.”