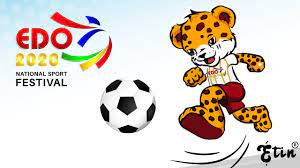 Director General National Council for Arts and Culture (NCAC) and patron Nigeria Union of Journalists ( NUJ), has appealed to the Edo State Government to reconsider the decision to suspend the ongoing national sports festival due to paucity of funds.

Runsewe stated that the games is a veritable vehicle of national unity and an outpost to discover hidden young talents to help Nigeria sustain its leadership position in sports in Africa nay the world.

The NUJ patron and President, Africa Region, World Craft Council (WCC), further noted that Edo state successfully hosted the National Festival of Arts and Culture (NAFEST), two years ago, enthroning and supporting the growth of national cultural values and therefore should make the necessary sacrifice in the true spirit of nation building, to sustain the ongoing sports fiesta for the sake of the young Nigerian sport persons, many who maybe visiting Edo, the home of Culture for the first time.

Runsewe called on men and women of good will, governments and corporate giants, to come to the aid of the state government and Ministery of Sports to ensure that the enthusiasm and talents of young Nigerian mobilized at the festival, were not raptured by lack of funds.

” We must rise to support this festival of national unity and for the sake of our children, boys and girls who will do Nigeria proud in future sports programmes in Africa and the world, all capable philanthropic hands must support Edo state hosting of the festival,” Runsewe  said.

Recalled that the Edo State Government had threatened to stop the ongoing 20th National Sports Festival (NSF) if the Federal Government does not fulfill its counterpart fund of the games.

Project Manager, Media & Communications of Edo 2020, Ebomhiana Musa, had in a statement on behalf of the Local Organising Committee(LOC), said the decision to end the games was due to paucity of funds.

“The Local Organising Committee, Edo 2020 regrets to announce that it will end the games abruptly tomorrow, Thursday, April 8, 2021 for lack of funds.

“Rising from an emergency meeting this evening, the LOC says it has to take this hard decision due to lack of funds having expended its reserves to kick start the games.

“Regrettably, the FG is yet to redeem its pledge to support us as the host state financially for the cost of postponements. So, we are left with no option than to end the games at noon tomorrow,” The statement reads.

The NSF was to hold about 12 months ago but was postponed severally due to outbreak of COVID-19 pandemic.

Be the first to comment on "National Sports Festival: Runsewe Appeals To Edo Govt. For Continuity"