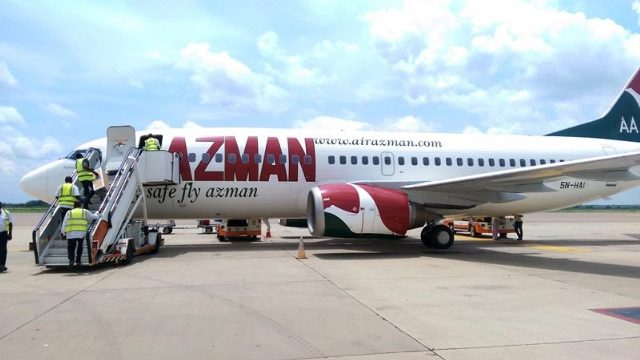 Azman Air has  refuted allegation in  some quarters that it made attempts to rubbish the hard earned image of  the Director General of the Nigerian Civil Aviation Authority (NCAA) Capt. Musa Nuhu.

This is just as the embattled carrier also said it did not at any pointing in time accused the NCAA boss of witch-hunting, because the airline refused to participate in the  the 2017 International Civil Aviation Organisation (ICAO) event hosted in Nigeria.

The airline who commended the regulatory body  for its professional decision and  action ,added that NCAA was legally  empowered by the Act establishing it to carry out oversight functions on agencies, airlines and organisations in the  aviation sector  and that NCAA has been playing the role effectively

The action NCAA took to suspend Azman Air’s operation of Boeing 737 airplanes ,the airline said was within its jurisdiction as the regulatory body of the industry,adding that it goes to show the high premium NCAA places  on safety.

The airline promised to continue to cooperate with the regulatory authority in its bid to sustain safety in the industry.

It also assured that it was willing and ready to cooperate fully with the regulatory body  to investigate  the airline’s operations and that  safety remained the watch word of the airline.

“We are leaving no stone unturned in our resolve to fish out the authors of this falsehood calculated to damage our rating in the eyes of the flying public. There was nothing untoward in the Director General’s approach as it relates to the International Civil Aviation Organisation (ICAO) magazine’s advert.

“In fact, during the last ICAO conference held in Nigeria, some Nigerian airlines, in response to government’s call for financial assistance in hosting the global event and living up to their corporate social responsibilities, willingly contributed. No one was forced or coerced into contributing to the success of the event.

“The DG who was then a representative on the ICAO Board like his other colleagues, participated in this drive. How could Azman Air now accuse him of any wrongdoing when such efforts were never for his personal gains or to be paid to his personal accounts?,the statement reads.