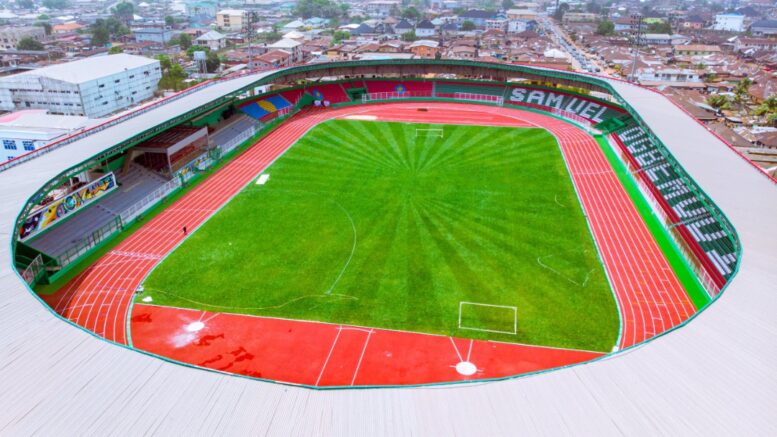 The Minister of Youths and Sports Development, Sunday Dare, has commended the Governor Godwin Obaseki-led administration for the revamp of the Samuel Ogbemudia Stadium, which he said has raised the bar for sports development for other states in Nigeria.

Speaking to journalists after inspecting facilities marked out for hosting the National Sports Festival in Edo State, Dare expressed satisfaction with the quality and standard of facilities at the stadium for the games, which has been rescheduled to hold from April 2nd to 14, 2021.

According to him, “I can’t ask for more with what I have seen here. Sports men and women can’t ask for better facilities than what we have here at the Samuel Ogbemudia Stadium in Edo State. The facilities and equipment will excite the athletes, as they are comparable to what you will find anywhere in the world.

“This is a revamp of sporting facilities to global standards never before seen anywhere in the country. It raises the bar for any other state that wants to revamp its sporting facilities. I am satisfied with what I have seen here today and most of our athletes will be ready to compete here and set new personal and world records .”

The Minister assured that financial support will come from the Federal Government to support the state to host the games because of the associated financial cost necessitated by several postponements.

On his part, Governor Obaseki said the state is ready for the festival and has built world-class facilities in preparation for the games.

“From what we have seen here, it is clear that this is a world-class facility that is ready to host a world class event. Every sport listed in the festival has world-class facilities to cater for it. The facilities match whatever you have across the globe. We are ready. Accommodation is ready. What we need now is the funding to host, feed and move athletes around.”

Olympics Medalist, Mary Oyanli expressed delight in the world-class facilities at Samuel Ogbemudia Stadium, which she said is comparable to what can be found in advanced countries.

“You can’t find anything better than this right now in the South of the Sahara. These facilities are world-class and all you need to compete at the global level is here at the Samuel Ogbemudia Stadium. These facilities will produce more than 1,000 athletes a year and you know what that will do for our sports .”

Be the first to comment on "Ogbemudia Stadium’s Transformation Raises Bar For Sports Devt. For Other States— Minister"