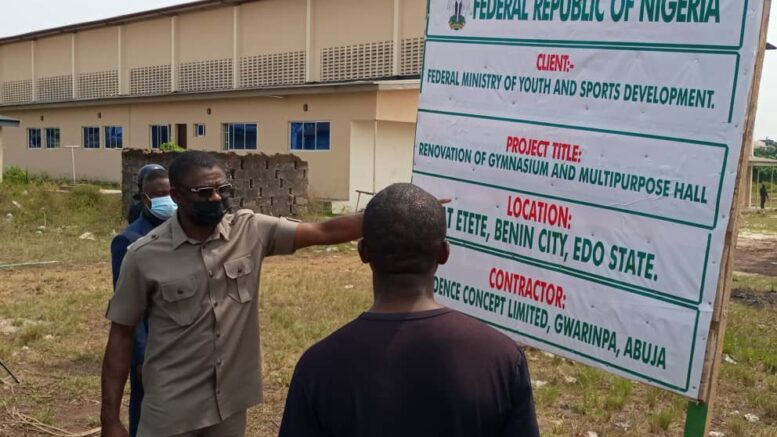 The Edo State Government has chided the Federal Ministry of Youths and Sports Development for claiming it renovated the gymnasium and multipurpose hall at Etete area in Benin City, the state capital.

Edo State Deputy Governor, Rt. Hon. Comrade Philip Shaibu, who led officials of the state government on inspection of the gymnasium and multipurpose hall, expressed dismay over the erection of a signpost at the site indicating that the project was undertaken by the Federal Ministry of Youths and Sports Development.

Shaibu said the renovation of the sports edifice was completed by the Edo State Government in preparation for the hosting of the 2020 National Sports Festival, noting that the contractor will be invited to explain the rationale behind erecting the sign post at the project site.

The deputy governor ordered the immediate removal of the sign post and arrest of any person connected with the said renovation.

Be the first to comment on "Edo Govt. Flays Sports Ministry Over Claims On Renovation Of Gymnasium, Multipurpose Hall"