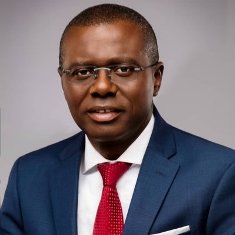 This was made known at the fourth edition of Nigeria Tourism Awards that was organised virtualy.
Nigeria Tourism Awards, also known as The Balearica Awards, named and design after the Crowned Crane which was once voted the national bird of Nigeria, has held for the previous three years at the luxury Federal Palace Hotel. The organisers, however switched to a virtual event for this edition due to the rising numbers of the COVID -19 infections in Nigeria and the health risks of large gatherings.

It was also the first time that the winners of the awards were determined by a new scoring process.

The potential winners were judged and scored on the set criteria for their category.

For the previous editions, the winners were determined via public nominations and online voting and the number of awards were also increased from 24 to 44 for this edition to cover the diverse nature of the tourism industry.

According to the Chief Executive Officer of the awards, Mr. Efetobo Awhana, “2020 was indeed a difficult year for every practitioner in the tourism industry…. Nigeria Tourism Awards 2020 recognises those tourism firms and individuals who have gone out of their way to boost domestic tourism whilst COVID-19 ravaged the world”