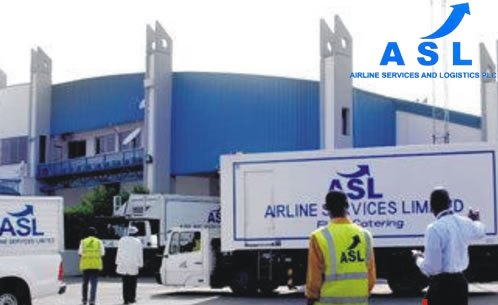 There are growing concerns over  the  auctioning  of six vehicles at the NewrestASL Catering Services at the Murtala Muhammed Airport (MMA), Lagos, following allegation that one of the beneficiaries of the exercise , Mr. Joshua Onoja defrauded one of his clients, Mr. Olalekan Akingbade in the sales of Toyota Hiace Mini bus.

The source said that trouble started  when Onoja decided to resell some of the vehicles he won during the aution to multiple clients.

The source further said that Onoja resold the same bus to yet to be  ascertained buyer for N4 million,  a situation that got Akingbade infuriated, saying that he  sold his parcel of land to pay for the bus.

Speaking further to Abelnewsng.com further, the source stated that when Akingbade, the man who paid N1,960,000 demanded for the bus, Onoaj promised that he was going to  refund  him money paid for the bus, but Akingbade refused to collect the money from him, saying that what he want is the bus that he paid for.

Akingbade, the source further hinted  wrote a petition against Onoja at the office of the Commissioner of Police, Airport Command and copied  the Managing Director NewrestASL through his solicitor, M.A Salawu & Co to report the development to them.

The petition to the Commissioner of Police, obtained by Abelnewsng.com dated January 15, 2021 and signed by Akingbade, accused Onoja of defrauding him the sum of N1,960,000 for a bus, which was never handed over to him.

The reads, “As a result, on December 24, 2020, I bought a Toyota Hiace Hummer Bus among the ASL used vehicles from Mr. Onoja and he gave me his account number domiciled in Access Bank. I paid one million, nine hundred and sixty thousand naira. I asked him for the vehicular particulars, but he told me to come back the following day.

“However, upon my visit to retrieve my vehicle, he told me that the Nigerian Customs has seized the vehicle. All efforts I have made to recover either my vehicle or my money have not been successful as Mr. Joshua Onoja remains evasive.”

In another letter dated January 19, 2021 from the solicitor of Akingbade, M.A. Salawu & Co and signed by E.M. Bankole, to the Commissioner of Police, Lagos Airport, accused Onoja of defrauding its client after the payment of the agreed sum of N1,950, 000.

According to the law firm the fraudulent and lawless act of the suspect were criminal offences punishable under Section 1 (3) of the Advanced Fee Fraud Related Offences Act, 2006 and Section 314 and 168(1)(d) of the Criminal Law of Lagos State, 2015.

Onoja on his part sued the complainant through his legal firm, Integrity Partners, demanding for an apology and reparation of N1.5 million.

Onoja’s counsel maintained that the deal was inconclusive due to the sale and delivery of the same vehicle to a prior bidder.

The firm argued that a prior bidder had paid for the vehicle long  before Akingbade paid an advanced payment for the same vehicle, yet, Onoja went ahead to collect another sum of N1,960,000 from Akingbade.

The petition stated that Onoja had requested Akingbade to forward his account details to him for the refund of the money paid into his account.

The solicitor accused Akingbade of threatening to deal with its client and accused him of submitting a trumped-up allegation to the Airport Command of the Nigeria Police, culminating in the procurement of legal services and ancillary cost up to N1.5 million.

The law firm charged Akingbade to repay the N1.5 million as reparation for the cost within 14 days.

The firm threatened to commence legal proceedings against Akingbade in the court if the sum was not repaid within the period.