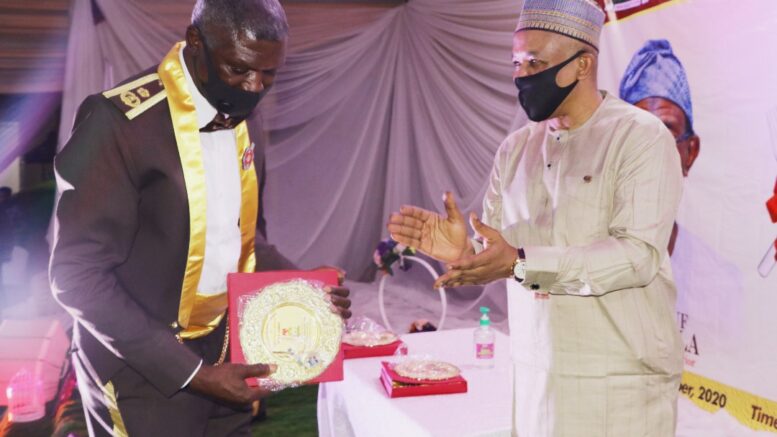 The Nigeria Immigration Service (NIS) has given 31 officers,men meritorious, innovation,gallantry and posthumous awards

The Comptroller General of NIS, Muhammad Babandede  in his address  during the awards, explained  that the awardees were selected on merit after their nomination by the Heads of Directorates, Zones,Commands and Special Formations for a final selection by a constituted Annual Award Committee of the Service.

A statement signed by the Service Public Relations Officer, Deputy Comptroller of Immigration (DCI),James Sunday, said that Babandede initiated this feat when he was appointed Comptroller General of Immigration to boost the morale of officers, men and to reward excellence and good conducts since those that erred are equally sanctioned as deterrence to others,while the good officers are rewarded to encourage by this awards,as standard to follow has been set by the Comptroller General.

In  the same vein, the Permanent Secretary Ministry of Interior Dr Shuaibu Belgore  has advised  the service to keep the Immigration Service on the global map by rendering its services with high level proficiency, desire to render service rather than exploiting the people in the discharge of their duties,appreciating the government for the level of support enjoyed by the service and the Comptroller General of Immigration for being prudent and professional in the execution of projects especially the Technology Building of the NIS designed to put Nigeria Immigration Service on global platform with cutting edge facilities that will make the NIS compete favourably with others around the world as a leading agency in Migration Control and Border Management in Nigeria.