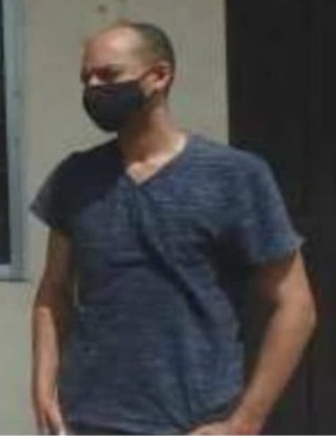 A Federal High Court sitting in Lagos on Wednesday, convicted and sentenced one Oluseyi Oladapo, to two months ‘suspended imprisonment’, for unlawful dealing and production of hard drugs

Justice Nicholas Oweibo, gave the verdict on the convict, after he changed his plea from not guilty to guilty on the charges filed against him by the National Drugs Law Enforcement Agency (NDLEA).

The 41 years old convict, also called Dayo, who is a son to a Nigerian born  Professor and a Danish  mother, was charged  before the court on September 4, 2020, by the NDLEA on four counts charge of conspiracy, illegal cultivation and dealing in hard drugs, and unlawful possession of the said banned substance.

The prosecution told the court the offences are contrary to the United Nations Single Convention on Narcotic Drugs 1961 and its Protocols and the Convention Against Illicit Traffic in Narcotic Drugs and Psychotropic Substances 1989, (as contained in the Second Schedule of the NDLEA ACT, 2004). And Sections 20(1) (3), 11(3) 19 and 20(1)(e) and punishable under Sections 20(2)(a) 11(3), of the National Drug Law Enforcement Agency Act Cap N30 Laws of the Federation of Nigeria 2004.

The convict who pleaded not guilty when he was first arraigned, was admitted to bail in the sum of N5 million with one surety in like sum, who must also be a landed property owner with the court’s jurisdiction.

Justice Oweibo then  ordered him to deposit his international passport with the court’s Deputy Chief Registrar (DCR), while he  adjourned the matter till Wednesday, for his trial on the allegations.

However, at the resumed trial of the charges against him on Wednesday, the convicted opted to change his plea, which was granted by the court.

Following his change of plea, the prosecutor, Mr. Abubakar Bashir, reviewed the facts of the case, while also tendered some exhibits, which were admitted as exhibits by the court.

Upon the  review of  facts of the charge, the prosecutor, Mr. Bashir, asked the court to convict and sentence him according to section 20(2)(a) 11(3), of the National Drug Law Enforcement Agency Act Cap N30 Laws of the Federation of Nigeria 2004.

In his response, the convict’s lawyer, Oluwaseun Coker, pleaded with the court to tamper justice with mercy in sentencing his client, on the ground that his client is a first time offender, who has no record of previous criminal record, adding that he did not waste the precious time of the court.

Justice Oweibo in his judgment conceded to the convict’s counsel’s request, and sentenced him to two months imprisonment on each counts. The judge also ordered that the sentences should run concurrently.

Justice Oweibo, also converted the convict’s custodian sentence to ‘suspended sentence’, following an application made by his counsel, which was not opposed by the prosecutor.

The judge however, ordered that the sum of N490, 000, 00, a Toyota Hilux pickup, a Toyota Camry, laboratory equipments and other item recovered from the convict  be forfeited to the Federal government of Nigeria, adding that the convict’s international passport be released to him at the completion of his sentence.

During the arrest of the convict at his residence on 7, Imam Augusto close, Victoria Island, lagos, on May 18, 2020, the following items which include: 1.127 kilograms of Cannabis cream; 83 grams of Hashish Oil: 123mg THC-70mg CBD and 21kg of Cannabis-infused Ethanol were recovered .