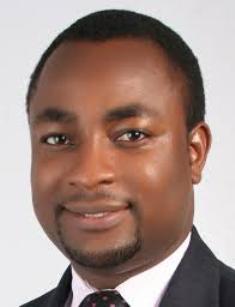 Even as #EndSARS—a nationwide campaign against police brutality in Nigeria—enters Day 12, some still consider it as “misdirected” and “futile.” But I disagree. I believe that it is a legitimate struggle, which underlines the failure of leadership in the country. And, if nothing else, Nigerians now realize the power they wield, and the government will never take us for granted again.

For many years, young people have been crying out about the maltreatment in the hands of the police, especially the now-disbanded Special Anti-Robbery Squad (SARS). There have been reports of forceful extortion, violent abuse, and extra-judicial killings in the newspapers and on social media. But those who could have done something about it just glossed over it and kept mute.

Never mind that some are expediently lending their voices now, the truth is that our parents, traditional rulers, religious leaders, and business leaders all failed us. Just like our political leaders—our legislators, governors, and president—did! If only they had listened to us and acted, maybe young Tina Ezekwe, Ayomide Taiwo, Ifeoma Abugu, Tiamiyu Kazeem, Kolade Johnson, and all who have died due police recklessness would be alive today.

I commend Nigerian youths for taking their destiny in their own hands, for doing something to stem the tide of abuse and needless deaths when no one would. I salute their courage and resilience, and I support the peaceful demonstrations. We must, however, stay focused on the primary objective of the campaign, which is to end police brutality and engender holistic police reform. Let us resist the temptation to lump other struggles with it, no matter how valid. It would only dilute the campaign and reduce the strength of our voice.

Now that we have the attention of the government and the international community, we must proceed with discretion. Else, we lose the plot. The widely circulated #5for5 Agenda, for me, seems to capture more accurately the essence of the campaign. With the disbandment of SARS, and the agreement (in principle) to the 5-Point Agenda, what we must now do is to demand from government representatives a clear and actionable plan specific to each—precisely, points 2 to 5. Point 1, the unconditional release of protesters, has been met.

Concerning Points 2 and 3—Justice for all deceased victims and investigation & prosecution of all reports of police misconduct—the government must prove its sincerity by constituting the board of the National Human Rights Commission (NHRC) and ensuring that erring officers are tried, as per established judicial procedures. While nothing can make up for the loss of loved ones, the government must show empathy to the families of the deceased by providing just compensation to them. It would help to alleviate their pain and suffering.

For Agenda Point 4—psychological evaluation and retraining of disbanded SARS officers before redeployment—the Inspector General of Police, Mohammed Adamu, must understand that this is not a “cosmetic” exercise, but an essential one that would impact the operations of the Nigeria Police Force (NPF). As such, it must be carried out with all seriousness and professionalism. To build public trust, the NPF must present to a realistic schedule. And a competent and independent body should be allowed to monitor and report the progress.

Agenda Point 5 is the demand for increased salaries for police officers. Although well-intentioned, Nigeria’s economic reality—unfortunately—does not favor an increase in the remuneration of the public workforce. At least, not at this time. And we cannot consider an increment for the police in isolation. But we can begin by asking if the necessary adjustments in the emoluments of our policemen have been made, following the introduction of the new national minimum wage of N30, 000 last April. We can also get the government to commit to better welfare for officers, including health and life insurance cover.

I believe that if the above demands are met, the President Muhammadu Buhari-led administration would have demonstrated a strong willingness to effect the desired change. That is a complete institutional reform that implies not just change in name but also structural change, retraining, and retooling. When it does, we the youths must not waste time in calling off the protests. Otherwise, the campaign will lose legitimacy. Public sympathy will start to wane, and the risk of hijack by those with ulterior motives will increase. Against all odds, we have made it this far. Let us keep our objective in perspective so that we do not fall short of the mark. Aluta Continua!

Be the first to comment on "(Opinion) #EndSARS Protests: Before We Lose The Plot By Tony Usidamen"