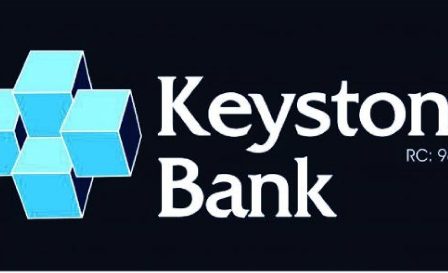 Keystone Bank Plc, furnished a Federal High Court, Lagos presided over by Justice Ayikunle Faji  with the minutes of 38 Board of Directors’ General Meeting held on July 2008, at Victoria Island, Lagos.

The production of the documents was sequel to the subpoena issued by the court on the bank to produce the said document required in the trial of Mr Francis Atuche and Mr Charles Ojo who were former Managing Directors of the defunct, Bank PHB and Spring Bank Plc both currently facing trial over alleged N125 billion fraud.

Justice Faji had issued a subpoena directing Keystone Bank Plc to produce the document at the last hearing of the charge against both Atuche and Ojo, following a request made by Atuche’s counsel, Mr. Tayo Oyetibo (SAN).

At the resumed hearing of the matter today, an official of Keystone Bank Plc, Mr. Nkanu Nkanu, submitted to court the Certified True Copies (CTC) of the bank’s Minutes of 38 Board of Director General Meeting.

Upon handing over the minute of the meeting to the court, Atuche’s counsel, Oyetibo (SAN) while apologising  to have made mistake in requesting for the CTC of the meeting, however, applied to the court to issue another subpoena compelling  Keystone Bank Plc, to produce the original copy of the minutes of the meeting.

He therefore applied that the court issued another subpoena to Keystone Bank Plc, to produce the original copy(s) of the Minutes of the 38 Board of Directors General Meeting.

But the Prosecutor, Mr. Kemi Pinheiro (SAN) vehemently opposed Oyetibo’s demand, on the ground the bank had complied with the Court’s subpoena, while adding that the request made by the defence, will make the case to suffer another adjournment after the matter had been adjourned on three occasions

Both Atuche and Ojo are facing trial before the court on 45 counts charge of conspiracy and illegal and unlawful granting of billions naira of loans to some companies, Futureview Service Limited, Petosan Oil and Gas Limited, Tradjek Nigeria Limited and Extra Oil Limited.

They accused them of reckless granting of several billions of loans between 2006 and 2009 to Platinum Capital Limited, a company in which they both have interest.

The loans were alleged to have been granted without adequate security, an act the EFCC said violated Section 516 of the Criminal Code Act Cap 38 Laws of the Federation of Nigeria, 2004.

The were further alleged to have conspired to grant several billion naira loans to one Futureview Service Limited “without adequate security and contrary to accepted banking practice”.

They were said to have acted contrary to Section 15(1)(a)(i) of the Failed Bank (Recovery of Debt) and Financial Malpractices in Banks Act Cap F2, Laws of the Federation of Nigeria 2004, and liable to be punished under Section 16(1)(a) of the same Act.

In one of the counts, both Atuche and Ojo were accused of failing to take all reasonable steps to ensure the correctness of the June 2009 Bank PHB monthly bank returns to the Central Bank of Nigeria.

They were also alleged to have on December 24, 2008 injected the sum of N650m into “Insurance PHB Limited,” contrary to Section 21(2)(a) of the Banks and other Financial Institutions Act Cap B3, Laws of the Federation of Nigeria.

The two former banks managing directors have pleaded not guilty to the charges.

Be the first to comment on "Keystone Bank Furnishes Court With Documents Used By Atuche, Ojo In Alleged N125B Fraud"