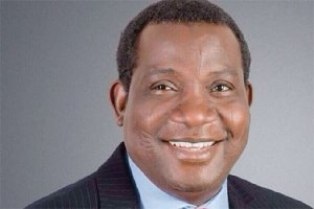 A same day flight into and out of Jos, the  Plateau state capital by local carrier, Max Air, and initiated by Governor, Simon Lalong  has attracted the commendation and support of the Director General National Council for Arts and Culture (NCAC) Otunba, Segun Runsewe.

The flights scheduled for every Monday, Wednesday and Friday and which will be flagged off by the Governor Lalong on Monday, September 28, is part of  strategic economic plan  by the Plateau State government to open Jos to cultural tourism businesses, investment, visitations and full exploitation of the vast and rich  mining and agricultural landscape.

Runsewe disclosed that unveiling of  the air travel corridor between Abuja and Jos by governor Lalong is not only timely and strategic but a pointer to the fact  that the governor is futuristic and serious in changing the socioeconomic  and cultural tourism fortunes of Plateau State .

“This initiative is a masterstroke and has shown the capacity of Governor Simon Lalong to critically address the economic development of plateau state, particularly the Cultural tourism architecture which will now gain new attention through this same day return flight from  Abuja to Jos.” Runsewe stated

He added that the linkage of Abuja, the diplomatic powerhouse and seat of federal government of Nigeria to Jos, the home of cultural tourism and Peace, by Max Air will generate a seamless economic activity between every strata of private and government concerns in the Cultural tourism economy in both Abuja and plateau state.

“The thousand socio-economic possibilities of this flight connection to Jos from Abuja by Max Air initiated by the government of Governor Simon Lalong cannot be overemphasized. Imagine the ease of doing business it will engender, the international flights bearing tourists to Abuja, connecting easily to the temperate, Nigerian peaceful city of tourism, the business concerns and domestic tourism enthusiasts more than ever before provided with endless opportunities to create and enjoy the limitless Cultural tourism offerings which plateau state so generously gifted and on showcase, the job openings and prosperity beneficial to plateau state and Nigeria in general,” Runsewe further explained.

NAFEST is the signature national festival organised by NCAC and attended by the 36 states of Nigeria, bidded for and hosted by any willing state government with notable cultural tourism infrastructure and endowment.

Be the first to comment on "Max Air To Jos : Runsewe Commends Governor Lalong"