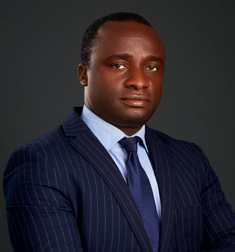 Ibom Hotel & Golf Resort, Uyo in Akwa Ibom State, South-south Nigeria is one of properties on the rise.

It emerged as one of the top 3 most mentioned accommodation facilities on the first phase of the Naija 7Wonders Zoom Conference which ran for 12 weeks from mid-June to the first week of September.

Alongside, Obudu Mountain Resort in Cross River State and Kajuru Castle in Kaduna State, Ibom Hotel & Golf Resort formed the trio of Top 3 hotels/resorts based on mentions by panelists on the Seven Wonders of Nigeria webinars.

Amazingly, the 163-room resort is fully booked, even during the COVID-19 pandemic situation.

Just how was that possible? How did Ibom Hotel & Golf Resort stay ahead of the game and even increased their rates when competition apparently went to sleep?

Brian Efa is the present General Manager of Ibom Hotel & Golf Resort. He assumed the role about 2 years and 6 months ago and he has successfully moved up room occupancy from 35-40 per cent to 85 per cent and full capacity. What magic wand did Brian wield?

Sharing some secret on a Seven Wonders of Nigeria virtual conference, Brian explained that when the COVID-19 pandemic occurred, he called his team together and tasked them to think, adding that  that was exactly what they did, instead of sitting idly and waiting for manna to fall from heaven.

According to him, it was a simple 3-pronged strategy:

He further explained that understanding that several essential services people, such as oil workers, expatriates, among others would need accommodation, Ibom Resort swiftly put in place COVID-19 safety measures and got across to their clients.

He said that as it were, Ibom Resort were the first accommodation facility to have the safety protocols in place and  that it was a great move.

Some of the measures, according to him, include, having two points at the main entrance, where guests can sanitize and effected room service for meals to reduce the risk of people congregating in the restaurants.

The hospitality facility also fumigated rooms and disinfected once a guest checks out.

For checking in, the receptionist has a face shield on and every guest is given a free face mask.

One of the hidden strengths of Ibom Resort is its full-fledged training department, which ensures the staff undergo training every three months.

This keeps the staff abreast of international standard procedures and ahead of local competition. It has been an amazing job done by Brian Efa and his team, considering that when the previous Hotel managers left, they never expected the resort to last more than six months.

With this, Brian Efa has demystified the notion that a Nigerian cannot successfully run a hotel.

Previously, most successfully run hotels and resorts in the country had foreigners, some from African countries overseeing them.

A Nigerian has made a success of the hotel where foreign managers have failed and making profit for the first time since 2014.

On his plans for the next 6 months, the GM simply stated that he was past that stage.

According to him, Ibom Resort already has three deals sealed at 85 per cent occupancy for the next 6 months.

Brian is however thinking well ahead and he is looking at improving the sporting capacity of the resort.

For instance, the Nigerian national football team, Super Eagles use the pitch at the resort as a training ground but Brian wants to upgrade the pitch to international standard.

Also, in the works are the cycling paths and the children park.

The 18-hole golf course is another compelling attraction, along with the calming greenery.

The resort has a hall with 1,000 seating capacity and being already a favourite with expatriates, can launch the revolution to place Nigeria as a MICE destination.

Without a doubt, Ibom Hotel & Golf Resort which is barely 13 years old is a clear leader and the beauty of its story is that the revolution is led by a Nigerian.