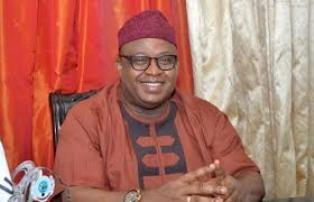 The Edo State Campaign Council of the Peoples Democratic Party (PDP) has stated that the party would not have sleepless nights over the appointment of a Resident Electoral Commissioner (REC) in the state by the Independent National Electoral Commission (INEC).

This is just as the party said categorically that it is only interested in INEC conducting free, fair, credible and transparent election

PDP’s reaction is coming based on the narrative on both social and conventional media on the appointment of REC as it concerns the September 19 governorship election in the state.

The party’s position was made known today in a statement issued by the Chairman Edo 2020 Campaign Council, Chief Dan  Orbih today in Benin City.

Orbih said that the Campaign Council of Edo PDP recognises that INEC as an independent body reserves the right to appoint officials, who have been cleared by the National Assembly to conduct elections in various states.

“As the commission responsible for election management, INEC will take responsibility for successes of elections and of course its failures.

“We are only interested in INEC conducting free, fair, credible and transparent elections. Expectedly, we are watching with keen interest steps that are taken by INEC in preparation for the election.

“The elections are just a few weeks away and our candidate has been received with enthusiasm in all 126 wards so far visited. In all stops, he has preached non-violence, compliance of Covid-19 regulations and of course his achievements and further development strides planned.

“Edo people must not be scared or intimidated by the narrative of violence our opponents are spreading.

“We hereby encourage all Edo people to come out en mass to vote for Governor Obaseki and PDP on Election Day, 19th of September,2020,”Orbih said.

Be the first to comment on "EDO 2020: PDP Only Interested In Free, Fair  Election, Not Headship Of INEC– Orbih"