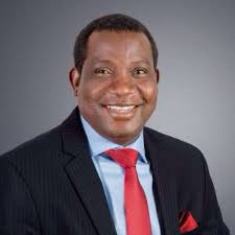 As the National Council for Arts and Culture holds the first National Festival for Arts and Culture(NAFEST)virtual meeting,  stakeholders in the Arts and Culture sector have appealed to the Plateau State Governor to consider hosting the cultural festival in November rather than December this year.
The stakeholders made up of 36 state commissioners of culture, permanent secretaries, special advisers and directors of culture and tourism in the 36 states of the federation including Abuja said that November was a better date as December is usually full of activities.
The meeting which was held to review the syllabus for the festival drew participants from all the states of the federation.
The Director General National Council for Arts and Culture(NCAC), Otunba Segun Runsewe in his welcome address at the technical stakeholders visual meeting in preparation for NAFEST, told stakeholders/ participants that the advent of COVID–19 has made it imperative for everybody to think outside the box to invent new ways of making the Arts and Culture sector busy and relevant.
Runsewe informed his audience that NCAC  in the second week of the month of May this year organized the first ever government drive un theatre in Nigeria to demonstrate that even in the midst of the COVID–19 pandemic, entertainment is still possible.
He reminded the participants that the Council within this period of the pandemic produced and distributed personal protective equipment to journalists, frontline workers and other Nigerians to mitigate the effects of the pandemic, keep the sector busy and reposition it for greater visibility and relevance.
In the visual conference, the Executive governor of Plateau State, Simon Bako Lalong in his welcome address to the National Stakeholders Technical visual meeting in preparation for 33rd edition of the NAFEST tagged Plateau NAFEST 2020, commended the Director General of the National Council for Arts and Culture, Otunba Segun Runsewe for the dynamic, purposeful and visionary leadership he has provided the Arts and Culture sectors since his appointment in 2017.
Governor  Lalong expressed his appreciation to the Director General and the management team of NCAC for initiating, facilitating and successfully organizing the zoom meeting as an alternative to the physical meeting initially scheduled for Jos Plateau state.
The governor added that he has followed with keen interest the series of online meetings the Council has held with critical stakeholders within the sectors; the virtual cultural tour of all the states in Nigeria, several zoom meetings, the drive in theatre among others.
According to the governor, all these are testimonies to the fact that even in the midst of serious COVID–19 lockdown, the Arts and Culture sector have been kept alive and active. He assured that the participants of his conviction that 2020 NAFEST scheduled to hold later in the year is not only possible but could be made even more spectacular in line with COVID–19 protocols.
The governor reassured the participants that Plateau state is fully committed to hosting the 33rd edition of NAFEST 2020 in the auspicious city of Jos and that they are working hard to put all the necessary facility in place for a successful hitch free festival later this year.
The Governor of Plateau stated this through his commissioner of Tourism, Culture and Hospitality declared open the commencements of proceedings of the National Stakeholders Technical meeting for the 33rd edition of  NAFEST Plateau 2020 to the glory of God.
Before going into the technical session, the Director General of the NCAC tional mOtunba Runsewe, expressed his appreciation to the governor for his interest in the activities of NCAC and for agreeing to host NAFEST 2020 .
Runsewe reminded stakeholders that one of the major reasons for this technical session zoom meeting was to discuss the template for staging NAFEST 2020 in line with all safety protocols hence some events that involves crowding will not be part of this year’s edition of NAFEST because of strict adherence to the principle of physical distancing.

Be the first to comment on "Stakeholders,36 States Culture Commissioners Beg Lalong To Host NAFEST In November"