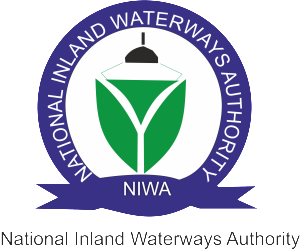 …To Step Up Awareness Programme For Stakeholders

Disturbed by the incessant but avoidable boat accidents on Lagos Waterways, Lagos Area Office of National Inland Waterways Authority (NIWA), has warned that it would henceforth deregister and withdraw operational license of any indicted operator(s).

The drastic action by NIWA Is coming on the heels of the boat mishap, where 10  passengers  were killed, five rescued and four others  missing, late Wednesday  when a passenger boat heading to Badagry from the Kirikiri area of the city sank in heavy currents.

According to the Lagos State Waterways Authority (LASWA) in a statement, said, “A total of 19 persons were involved in the incident; five were rescued with 10 persons confirmed dead and four passengers still unaccounted for.”

It was also alleged that most of the passengers were not wearing life jackets, in contravention of NIWA safety regulations.

An online statement signed by the Media Adviser to NIWA, Mr Frank Meke, said that the agency will also prosecute and ensure the withdrawal of certificate of any boat captain including other stringent measures to sustain sanity in the operation of water transportation services in the state.

According to the statement, the Lagos Area Manager of NIWA, Engr. Sarat Braimah said  the federal government regulatory agency can no longer fold its hands and watch some deviant  operators and their employees run the business aground, noting  that NIWA will go for the shovel in ensuring  zero tolerance on boat accidents.

“We have tried to provide needed enabling environment for the operators, including training programmes to expose stakeholders to operational standards yet some have chosen the part of desperation and dangerous behavior, leading to loss of lives and property,”   the Lagos Area Manager explained.

Engr. Braimah further stated that the authority’s patience with the unrepentant operators has been overstretched and hinted of a new agenda of enforcement devoid of plea and forgiveness.

She also disclosed that pre boarding formalities targeted at passengers’ awareness will now form part of the enforcement regime to help stabilize and encourage first timers and those afraid of water transportation to adhere to safety measures, particularly during turbulence on the waterways.

According to her, “Time has also come for passengers to take responsibility, listen and obey boat crew when emergencies or turbulence occurs. Sadly, some passengers go into frenzy and panic mood and triggering off fearful alarm and causing bedlam leading to avoidable deaths.”

She added that the new normal on water transportation will see to detailed take off protocols, pre boarding checks and physical inspection of use of life jackets and safety talks to adequately prepare the minds of passengers in case of emergency situations.

She also informed that unscheduled and random checks of boats to ascertain their sea worthiness will incorporate the enforcement strategy.

“The new dawn will be implemented to the letter with passengers addressed in English, Pigin   English and the three major dialects, Igbo, Yoruba and Hausa before takeoff, all targeted at ensuring that passengers take responsibility and cooperate with boat crew to ensure a successful and incident free voyage

“We are going to step up our awareness programme for stakeholders in this month of August and beyond. We determined to arrest this situation and hereby enjoin  all hands to be on the deck,” the Area Manager said.

Be the first to comment on "Aftermath Of Boat Mishap:  NIWA To Deregister Indicted Operators"