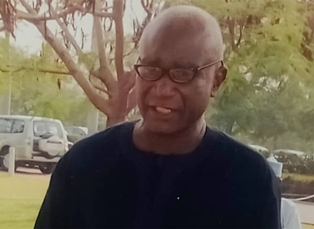 When Governor Sanwo-Olu of Lagos State threatened that he would close the Lagos airport following the Federal Government (FG) declaration of the lockdown on states as a result of the afflicting COVID-19 pandemic, I thought it was a joke being carried too far. Following and immediately after him, Governor Wike of Rivers State invaded the Port Harcourt City Airport housing the Nigerian Air Force Base with his own state security outfit to arrest passengers and crew of a special flight from Lagos to Port Harcourt that was approved by the Federal Ministry of Aviation. At a time of a national emergency like the COVD 19 lockdown by the FG, it is doubtful if these two governors and the others know the limitations of their powers over the federal government premises, infrastructure or facilities in their states especially the exclusive constitutional provisions and in particular the CAA that give the Federal Airport Authority of Nigeria (FAAN), exclusive rights on FG airports.

Under the COVID lockdown, there have also been reported cases of violation of the FG Directives by local aviation operators, assisted most likely by insiders in governments. These violations have been getting increasingly dreadful of possible copycats outside the sector with motives that could be waiting to test the resolve of the federal government preparedness on airport security and its severe consequences on the national security. These violations or infringements of the States governments, local and foreign operators on federal laws on civil aviation call for the tightening of the grips on federal Airport Security and the Revenue Earnings Structures.

Over the years, the MMA in Lagos State in particular, known to be situated within uncontrolled urban development areas of Ikeja, Oshodi, Mafoluku, Akowonjo Egbeda, Shasha, Ejigbo, Ajao Estate, Besam, etc. and further, sandwiched between complicated road networks connecting these areas is threatened by the activities of the State and Local Governments. In spite of the established physical survey plan and the gazette by the FG, the airport land areas have been badly encroached upon by various private developers. FAAN successive administration of the airport too remained helpless especially when property owners on the encroached part of land are provided Certificate of Occupancy approved with the connivance of officials of the State Government. The locations of some of these houses have also encroached beyond the limit provided for the security and safety margin for the airport operation by global standards and the National Civil Aviation Regulations.

Beside the encroachment on the MMA areas by private developers, the control and the management of the two Airport Intercity Roads that drive from the city into the Domestic and International Terminals are becoming contentious issues between FAAN and the Lagos State Government (LSG) and sometimes too between FAAN management and the surrounding LGAs. These issues bother seriously now on a planned attempt by the LSG to begin the tolling of one of the roads without any evidence of formal approval from the responsible authority of FG informing FAAN. There have also been no formal records of engagement, nor agreement between LSG and FAAN.

The planned tolling of any Federal Airport Intercity Roads by any state including the LSG is a unilateral exploitation of FAAN rights in the resources or facilities under its management and for business development in the airport. The approval for ceding such right of federal infrastructure to any State or LGA could not have been given by an official that has clear knowledge and understanding of civil aviation infrastructure management and regulations. MMA, like the twenty-two other Airports in the country is a Federal Airport which its aeronautical and non-aeronautical infrastructure are owned by the FG and should not be compared with those of states and private airports like Asaba, Uyo, etc. airports.

The ceding of the Federal Airport Intercity Road to the LSG or to any other states if it is true may snowball into another conflict of interest when the airports are eventually given out in concession to private companies. Ceding Federal Airport Intercity Roads to States Governments (for tolling) would need a serious rethinking otherwise, there would be conflict of financial interest and conflicts of authority in the management of security in the airports where states are not known as adherent to Civil Aviation Act (CAA), The Civil Aviation Regulation (Nig. CARs) and the Civil Aviation Security Programme (NCASP). It is important to note that almost all the Federal Airports Service Roads and Intercity Roads nationwide are drawn directly into and terminating into the Airport Terminals from major Federal roads.

If Lagos State government is desirous of improving its revenue earnings on roads by tolling, the Federal Airport Intercity Roads should not be where to start or to focus on. There are many federal roads in Lagos where the state can toll and generate substantial revenue than to infringe on the rights of FAAN authority too to toll the Airport Intercity Roads. This intrusion of state government into the FG premises could complicate the management of the airport security from the roads. LSG can alternatively explore the ceding of the following federal roads to it from the FG for improved revenue generation: Lagos-Badagry Express Road, Lagos-Ikorodu Road, Lagos-Abeokuta Express Road and Apapa-Oshodi Express Road.

These roads have more traffic than the airport road but would need more attention for repair and maintenance from the LSG. At four tollgates each on these roads it is possible for the state government to generate N72billion yearly, N6 billion monthly or N200million daily from the over 2 million vehicles movements daily each paying N100 only. These are roads where the Agberos in Lagos alone collect tolls at every bus stop on them and generate over N400million daily or N146billion annually from about 200,000 commercial vehicles.

The Lagos Badagry Road in particular is a neglected tripartite state project being funded by the World Bank, Federal Government and the Lagos State. The project started over 12 years ago by former Governor Raji Fashola but was abandon by Governor Ambode who possibly diverted the needed funds on the road project to reconstruct the MMA Intercity airport road. The Badagry road project is still being abandoned by the current Governor. Rather than putting the states counterpart funds to restore the road project, LSG is engaging in the notorious practice of states governments carrying out unsolicited repairs on FG roads with states fund and with a view to exploiting more funds from the FG than what could have been spent on the roads.

Overall, what interests have states government in aviation particularly in airport development that would benefit their citizens more than in health, education, urban road, food security etc? Why are they spending on aviation the scarce funds they could spend on social amenities for the majority of their people? Or what are the attractions in airport building to states that have no basic social amenities for their people? What would make two boundary states wanting to build separate airports within a distance of about 100 km to each other? Or why would these boundary states with combine annual air passenger traffic that is less than half a million be planning to build separate airports? These boundary states could build Intercity Express Road between them directly into their common airport and toll it to improve their revenue earnings.

Experiences have shown how some states governments built airports half way during their tenures only to abandon them or ask the federal government to take them over when their operation and maintenance cannot be sustained or guaranteed from State budgets. It is high time the States Houses of Assembly, NASS and the Federal Executive Council find better ways to address States with poor infrastructural development and limited resources venturing into areas where they have limited constitutional rights. Most of these States government with limited resources are shortsighted on project development and reckless in the spending of scarce state funds that could have been used to develop better social services for their citizens.

If constituency projects are approved at the national assembly for members representing the states, the states governments should be restricted by law from infringing on federal government project without formal approval of the budget by the responsible authority. The refunding for such project if approved should be within the established budget appropriation.

Federal government, ministries and the agencies official authorities should always be critical of the moves or motives behind the moves of states, powerful citizens and political office holders in governments that often find convenience in infringing on federal agencies exclusive authority and rights over FG government premises, properties, infrastructure or facilities in their states.