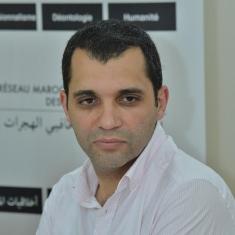 The Chairman, Moroccan Network of Journalists of Migration, Salaheddine Lemaizi has stated that media  collaborate with immigration institutions and other migration agencies to further promote and encourage legal, safe and regular migration.

This is just as he called for unity among journalists in Africa covering migration issues.

He urged the media practitioners on the continent to close ranks and save the souls being sold to slavery, prostitution and hard labour through undocumented travelling laced with deceits.

He made the comment while delivering a lecture tagged, Migration; Media: Missing Links and Remedies For the Economy” at a recent virtual international summit organised by the Journalists International Forum For Migration (JIFORM), a media body with over 200 journalists spread across the continent focusing on migration issues.

The conference with  the theme, “Migration: Remedies or COVID-19 and the Economy” had speakers and participants from Africa and other continents.

The Moroccan journalist said media must work with immigration institutions and other migration agencies by focusing on enlightenment strategies to further promote and encourage legal, safe and regular migration.

According to him to reduce influx of migrants into the North African countries aiming to go the Mediterranean required adequate orientation and understanding between government, media and migration agencies.

Also speaking, the President of JIFORM described Lemaizi as an outstanding journalists and foremost international media trainer that has been contributing to the body of knowledge in journalism affairs over the years.

He said JIFORM was ready for collaborations with other bodies across the globe to advance advocacy against irregular migration and crisis leading to internal displacement of citizens in nation.

Be the first to comment on "Migration: Moroccan Journalist Urges Media To Partner Immigration Institutions, Agencies"