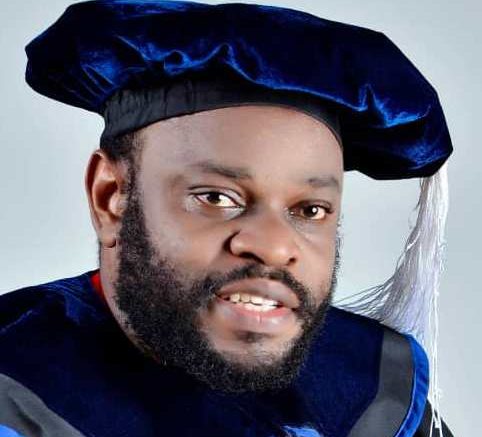 … Says It Is Wrong To See Migrants As Threat, Second Cass Human Beings

Foremost migration advocate, Prof. Ikechukwu Kanu, has urged the media to change the tide of negative perception about migrants and migration.

He made the call during the opening ceremony on Friday of an international online summit organised by the Journalists International Forum For Migration (JIFORM) titled, “Migration: Remedies For COVID-19 and the Economy.”

The summit with sessions on May 29 and 30, 2020 and another on June 5 and 6 are attracting participants and speaker beyond Africa and Europe.

The don charged the media to report migration with human face, fact, knowledge of migration law and culture devoid of hate speech and colour divide.

Delivering a paper tagged, “Positive Impact of Migration on Society”, he stated that it was a pity that some media both in Africa and other continents sometimes paint migrants in bad light.

He also cautioned developed nations to stop pretending about economic gains from migration.

Kanu stated that it was wrong to view migrants as threat and second class human beings 7 in the world but rather they should be viewed as economic and institution developers.

“When one reads some headlines coming from European and America media, one cannot but feel sad. Daily Express London sometime captioned its headline thus, ‘Migrants Swarm To Britain’. Apart from that you sometimes see other captions like: ‘Migration Out Of Control’, ‘Migration Numbers are at Crisis Point’, among others.

“All these are dehumanising and uncalled for. Remember the genocide in Rwanda started with a tribe referring to the other as cockroaches”.

The Prof. quoted the Diaspora remittance from migration alone in 2018 to the low income countries totaling $520 billion while the high income economy raked $689 billion within period under review.

He said migration had brought more positivity to the economy and national development of any nation in terms of cultural exchange, technology transfer, labour and access to new culture and new markets and talents.

In Africa, he said the continent had populated Europe and other continents with human resources and had also reaped the benefits through Diaspora remittance and Foreign Direct Investment (FDI).

“Who is echoing the stories of Barack Obama and Chiamanda? Both are Africans that impacted positively on the US. Obama remains one of the best presidents in US. All these people had their root as migrants.

“Out of the entire diasporas returns to the entire Sub-Sahara Africa, record has it that Nigeria gets 65 per cent and 2 per cent of the entire gains of migration globally. What an expatriate from London or American earn from oil company in Nigeria is far above what 100 Africa migrants in Europe put together annually.

“Migrants are not criminals. Therefore, it is wrong to give impression that they are parasites anywhere”.

“Reports have suggested that in few years from now America will be short of 2.3 million work force and 2.4 million in Germany.”

Kanu argued that there was need to welcome and allow free movement of people across the globe to the benefit of humanity.

Be the first to comment on "Change Negative Perception About Migrants, Migration, Prof. Kanu Urges Media"