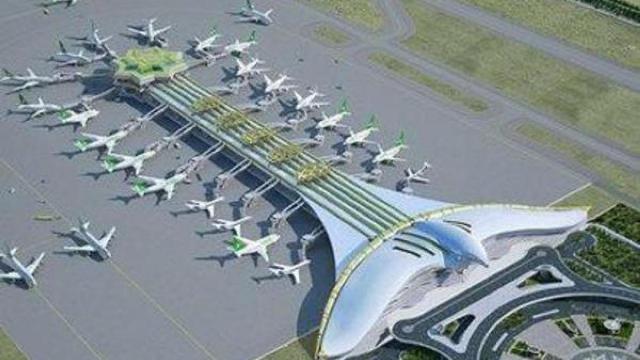 Speakers at  the AELEX Partners organised virtual conference have identified the development of aviation infrastructure as the way forward for the aviation industry to survive post COVID-19 pandemic.

They  said this at  the second edition of the Aviation Webinar organised by AELEX Partners with the theme, “Flying into Turbulent Skies, Safely Navigating COVID-19 Headwinds – Survival Strategies for Nigerian Aviation”.

The issues at the virtual conference was centred on economic policy, state support and finance issues affecting airlines, airports and other  challenges facing the aviation industry.

Speaking, the Chief Executive Officer, Financial Derivatives Company, Mr. Bismarck Rewane said that the aviation industry has been the worst hit since the COVID-19 outbreak.

Based on that fact, he recommended that friendly policies should be put in place to kick re-start the operations of airlines.

Rewane stated that rather than the government pursuing a national carrier, the focus should be more on building aviation infrastructure as this will certainly draw investments.

Also speaking, the Chief Executive Officer, Ropeways Transport Limited, Capt. Dapo Olumide opined that the way forward for the Nigerian aviation industry is infrastructural development. He however stated that the government was not in the best position to make this provision, hence the need for privatization.

He suggested that in the long term, the only way an airport would survive is if it is either privatised or concessioned because of the profit-oriented nature of private businesses.

On his part, the Chief Executive Office, Belujane Consult, Mr Chris Aligbe noted that the Federal Government has to intervene and that to do this, he recommended three measures. According to him, there’s a need for the government to put in stimulus for the entire industry to come back to what it was before COVID-19.

He also proposed the need to stabilise the industry through the provision of long term soft facilities.

This facility, he said should be spread over a period of eight to 10 years a low interest rate of between 3-4 per cent and a two-year moratorium for all players in the industry.

He stated that to expand the industry, there was that the need to fast track concessioning adding that the inability to do so means the industry will never achieve a global standard.

On the national carrier, Aligbe contended that government has no business owning an airline, except in a Public-Private-Partnership(PPP) in which case the government should own not more than 5-10 per cent of the airline.

The Chief Operating Officer of Ibom Air, George Uriesi, spoke on the progress so far made by Ibom Air.

He attributed the success of the state owned airline within a short period of time to efficient, rational utilisation of resources, use of the right business model and adherence to corporate governance best practices in running the airline.

Uresi also advised that the government should fashion out a proper method of intervention in the aviation industry, adding that concessions should be run using a model that has worked for others around the world.

According to the Ibom Air boss the airline is increasing its fleet of aircraft in the midst COVID-19 pandemic, as result of contractual obligations that were concluded in the last quarter of 2019.

In his contribution the Executive Director at AMCON, Mr. Aminu Ismail, who focused on reviving Nigerian aviation noted that AMCON over the years has played a significant role in strengthening the aviation industry by providing intervention funds of over N50 billion since 2012.

Ismail, like other panelists, said also that government need not own or run airlines, but should limit itself to policy development and developing infrastructure.

He expressed the need for the industry to re-calibrate and implement solutions to be able to come out stronger post COVID-19.

He said that government should support the aviation industry to ensure survival through tax relief, suspension of the payment of Air Passenger Duty, access to forex, expansion of the aviation academy and provision of training and development facilities.

He further advocated for collaborative efforts among airlines once flights resume, as against the usual competitiveness.

He also called on airlines to refocus their network, resize and restructure while placing priority on cash management.

Suggesting a way forward, Bolumole stated that there was the need for proper business regulations and also concessioning of airports and other related infrastructures.

He noted that the capital market offers opportunities for operations in the aviation space to raise capital which is required for smooth operations and growth.