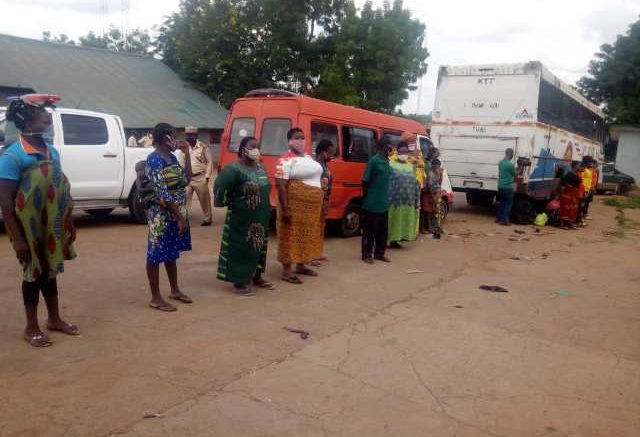 Nigeria Immigration Service (NIS) has rescued victims of human trafficking in Ogun State from their abductors heading to Benin Republic.

A statement by the National Public Relations Officer of NIS, Deputy Comptroller of Immigration(DCI) Sunday James stated that in the process, the Service apprehended 14 Togolese and 10 Nigerians enroute Ajilete and Ilase in Ogun State for breaking the orders of the Federal Government on land border closure.

He explained that the arrests were made by officers of the Ogun State NIS Command led by Comptroller Kunle Osisanya.

An elated Comptroller General of the NIS, Muhammad Babandede, MFR heaped commended the officers for being gallant and professional.

He charged them to be courageous and continue to comb all illegal points created by smugglers by increasing the tempo of patrol.

Details of the profiling of those apprehended after documentation according to the medical procedures of the National Center for Disease Control (NCDC) given by Osisanya included 14 Togolese comprising eight female adults and minors intercepted in a J5 bus at Ajilete. James added that all had been subjected to COVID-19 tests.

Apart from this, 10 other Nigerians were arrested at Ilase town within the state for also violating directive against movement across the land borders.

James confirmed that indications emerged after interrogation that five of out of those nabbed were victims of human trafficking.

He explained that they would be handed over to the National Agency for Prohibition of Trafficking in Persons (NAPTIP) for further interrogation.