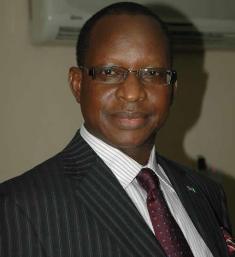 As the Federal Government plans to inject funds into the aviation in form of bailout, the President, Sabre Network West Africa, Elder Gbenga Olowo has stated that injecting N2 trillion about $5 billion would not be enough for commercial airlines let to talk about the whole aviation sector.

Olowo, who is also the President of Aviation Round Table Safety Initiatives (ARTI), said this while reacting to plans by the Federal Government to assist the industry with some funds.

According to him, “It is a necessary condition for survival of the sector that has not been quite strong and competitive prior to COVID-19 .Failure by government not to would have been unprofessional and insensitive. Kudos to the Aviation Minister, Senator Hadi Sirika and his team. Arik, Aero were already economically under Intensive Care Unit (ICU) before COVID-19 and many others with names withheld.”

On what measures he thinks government can adopt to ensure the money is well administered, Olowo said, “N2 trillion which is approximately 5illion US ,may not be enough for passenger airlines alone not to talk of quiet airports, Global Distribution Systems (GDSs),Travel Management Companies (TMCs), Online Travel Agents (OTAs),ground handlers, catering and the entire supply chain for loss of business and negative impact of COVID-19 during the lockdown and flight restrictions.

He contended that the best approach would be to do three year average business revenue of stakeholders and prorate their losses for grants or pay wage bill for initial period of six months covering Q2&Q3 2020 to prevent job losses.

He added that option of loans & loan guarantees at less than 5 per cent interest rate should be considered. 2020 tax waivers, vat exemptions, tax holidays, among other incentives.

Speaking on the extension of ban on all flight operations in the country by another four weeks by Presidential Task Force on COVID-19, Olowo, said, “Regrettably data has confirmed that we have not been able to flatten the curve. Ratios of confirmed / discharged cases have also not improved. It moved from 5:1 to 6: 1 rather than reducing; a very negative signal. Given that social distancing is practically impossible in aviation business, a sufficient condition for health and safety is to defer flight operations.

Be the first to comment on "Bailout: Injection Of N2T Into Aviation Not Enough To Keep It Going—Sabre Network President"