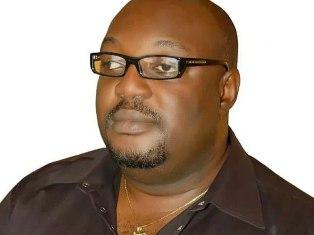 The House Committee Chairman on Aviation, Hon. Nnolim Nnaji has appealed to the management of Max Air  Limited to reconsider its  hard line stand on the ‘No Pay Directive’ handed down to its staff as the industry tries to navigate through the COVID-19  period.

This is just as he urged other organisations in the sector to see this trying period as a time of sacrifice and show extreme compassion to their staff.

Nnaji, who represents Nkanu East/West Federal Constituency of Enugu State, said he was disturbed by the memo issued to its staff by Max Air to the effect that it would not pay them salaries for the period of the two weeks lockdown directive by the Federal Government.

He noted that “the memo which has now gone viral further stressed that the state  of no pay would extend if the situation persisted and my major worry is that other organisations may do same if care is not taken.”

Nnaji however appealed to the management of the airline to reconsider this hard line posture by retracing its action in this regard and equally urged other organisations in the sector to see this trying period as a time of sacrifice and show extreme compassion to their staff.

” I am aware that elsewhere, governments are providing palliatives for employers of labour to cushion the impact of this pandemic but because of our peculiar circumstances the Federal Government may not immediately offer such at the moment”.

The lawmaker stated that he was optimistic that some form of relief would definitely come at the end of the day to assist the airlines.

He also urged the Minister of Aviation, Senator Hadi Sariki to step in and hold talks with the various stakeholders in the industry to avoid ripple effects of Max Air action.

The Committee Chairman also used the opportunity to call for understanding among the people and leaders of the South East Region over the aborted reopening of the Akanu Ibiam International Airport (AIIA) Enugu before Easter as planned.

Nnaji lamented that the development was caused by the COVID-19 pandemic, which according to him has forced the workers of both the contractor and consultants handling the project out of site.

The Aviation Committee Chairman assured that as soon as the prevailing pandemic died down works would resume at an accelerated speed and new date of commissioning of the airport would be unveiled.

He commended the Governor of Enugu State, Ifeanyi Ugwuanyi for the way and manner he has mobilised materials and human resources to curtail the spread of Coronavirus in Enugu.

He also appealed to the citizens of the state to cooperate with Enugu State government by sticking to the instruction given on stay at home and social distancing. Recalled that Max Air Limited  in a statement signed by its management , with the heading, “Suspension of Remuneration” told it staff  categorically that it would not pay staff their salaries for the duration stated by the Federal Government and  that if the situation persisted, the same applies as well.

The statement reads, “In compliance with the Federal government’s directive to lock down nearly all activities in the country with exception of essential services essentially to control spread of the pandemic – Covid-19, this has forced Max Air Ltd to shut down its operations.

“It is regrettable to inform all staff that Max Air Ltd will not be able to further provide remuneration for the duration stated by the Federal Government and if the situation persisted, the same applies as well.

“We hope that things will go back to normal after the fourteen (14) days as directed by the Government; and that operations will resumes immediately.

“Accordingly, Max Air Ltd. will then review this subject matter and ensure that all staff are compensated as appropriate in line with services rendered.

“While thanking you for your resilience and understanding, be law abiding at all times, take care and stay safe during and beyond this trial period

Be the first to comment on "No Pay Directive To Staff: Nnaji Appeals To Max Air To Reconsider Its Position"