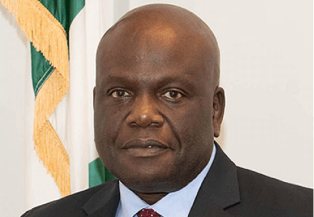 The Senate has approved the appointment of Capt. Musa Nuhu, as the new Director-General of the Nigerian Civil Aviation Authority (NCAA)

The new DG OF NCAA was confirmed at todays plenary after Senator Smart Adeyemi presented the report of the Senate Committee on Aviation on the floor.

After the confirmation, President of the Senate, Ahmad Lawan, congratulated the new NCAA DG and charged him to do his best to ensure best practices are strictly adhered to under his watch.

The President, Muhammadu Buhari had requested the Senate’s approval through a letter dated January 7, 2020, and read at plenary.

Recalled that approval of Nuhu’s appointment by the Senate is coming almost four months after Nuhu President Muhammadu Buhari approved the nomination as the new Director-General of NCAA.

A statement issued in Abuja by the Director, Public Affairs, Federal Ministry of Aviation, James Odaudu, had informed that the NCAA boss replaces Capt. Muktar Usman, the erstwhile DG of the organisation.

“Nuhu who, until his appointment, was Nigeria’s Permanent Representative to the International Civil Aviation organisation, is an airline pilot, a safety expert, a quality assurance lead auditor, as well as an artificial intelligence expert,” the FMA statement reads.

The statement added that the new NCAA boss holds an MSc. in Aviation Business and was at the Presidential Air Fleet as a captain and a safety officer.

He also worked at various times at the defunct Nigeria Airways, Aero Contractors and Petrowest, among other organisations.

According to the statement, “The new DG was also the chairperson, Comprehensive Regional Aviation Safety Plan for Africa and Indian Ocean at the ICAO headquarters in Montreal, responsible for safety, air navigation, airports, and aviation infrastructure development.”

“In view of the strategic importance of the NCAA as the regulator of the civil aviation industry, I wish to request for the expeditious consideration and confirmation of Captain Musa Shuaibu Nuhu as the substantive Director-General of NCAA,” the letter had read.