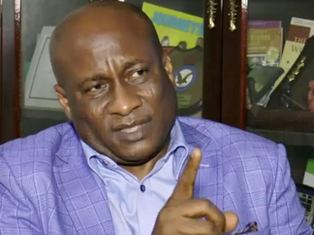 …May Fly To Mumbai By End Of March

The Chairman Allen Onyema has disclosed that the Federal Government has given the airline approval to operate flight to TelAviv, the economic and technological centre of Israel.

This is just as the airline stated that it was making arrangements to make Mumbai, India, one of its international destinations in the next two months.

Onyema disclosed these in a brief interaction with select aviation correspondents at the weekend in Lagos.

“Between now and end of Mach we will hit Mumbai. We have also be given approval to fly to Tel Aviv,” he said

Speaking on the TelAviv flight operation, the Air Peace hinted that very soon Israeli authority would be in Nigeria to concretize the operations.

Though elated over the planned operations, the Air Peace boss however lamented that despite years of establishing bilateral relations between Nigeria and Israel, there was no direct flight from Nigeria to Israel and vis versa.

Recalled that Nigeria severed diplomatic ties with Israel in 1973, as result of the strained relations between the two countries over the Arab-Israeli conflict and Nigeria’s position on the Palestinian issue.

However, relations between the two countries was restored in 1992.

Relations have since been balanced and have flourished into many areas of mutual benefit such as the pilgrimage to Jerusalem and other holy sites in Israel, economic, political security and agricultural relations.

He also called for support for Air Peace and other domestic airlines in the country, adding that because they employ a lot of Nigerians, they must be supported to grow.

Onyema stated that there was nothing wrong supporting domestic airlines, who employed Nigerians and put food on their tables compared to foreing airlines despite their years in Nigeria are only concerned about their home country.

To buttress his point, he cited how Air Peace carried out 9 C-Checks in 2019 and that cost the airline millions and downtime in operations, calling on Nigerians to support Aero in its efforts at sustaining its maintenance business and facility.

Aero, Onyema stated was doing an amazing job in maintenance and that it needed support to enable it carry out D-Checks on aircraft.

According to him, “Aero is already doing a good job in maintenance, we do some of our small maintenance at Aero and we think they are doing well. Airlines all over Africa can come in, use the facility and Aero will grow. If we did all our C-Checks at Aero we would have saved a lot in funds and down time and so Aero needs the capacity to grow and do more.”

He advised against what he described as Pull Him Down (PHD) syndrome and self centeredness, which according to him would not lead anybody anywhere.

According to him, “We are so self centred in Nigeria and that is the reason we are not moving forward.

Air Peace and other domestic airlines, he said are very grateful to the Minister of Aviation, Senator Hadi Sirika for addressing the issue, which according to him was at the detriment of local operators.