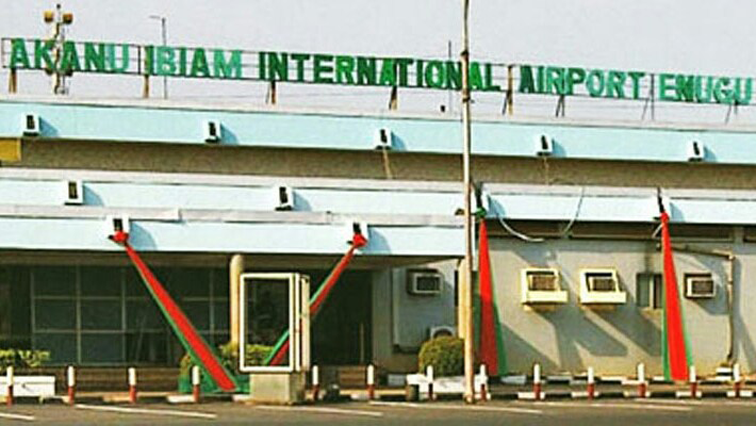 As part of efforts to ensure the timely and successful completion of the rehabilitation work on Akanu Ibiam International Airport, Enugu, the Enugu State has commenced the demolition of buildings and structures that encroached on the airport land.

The exercise, the government said is also for safety and security of lives and property.

Speaking to journalists on the demolition that was carried out by the Enugu Capital Territory Development Authority (ECTDA), led by its Executive Chairman, Dr. Josef Umunnakwe Onoh, in company of officials of the Federal Airport Authority of Nigeria (FAAN), the Commissioner for Information, Nnanyelugo Chidi Aroh, explained that the demolition was carried out in response to the safety concerns raised by the Federal Government about the airport.

AbelNews recalled that the Federal Government through the Aviation Minister, Senator Hadi Sirik had raised concerns about illegal structures encroaching on the Airport’s land, radio mast of the state broadcasting service and Free Trade Zone.

The Minister had urged the state government to address the challenges for safety and security of the people and the airport.

The state government intervened immediately, by addressing the challenges.

Aroh further explained that the demolition exercise was in continuation of the state government’s efforts to ensure that the airport reopens as scheduled by the Federal Government for effective operations.

Aroh stated that the State Executive Council (EXCO) in its first meeting in 2020, approved the request made by FAAN for the issuance of a composite Certificate of Occupancy (CofO) and full acquisition of the airport land.

He maintained that the demolition of illegal structures in the interest of the public interest.

In his, “Enugu State Government is committed to the safety of our people. We are committed to the welfare of our people and one of the most fundamental processes we need to undergo, to continue to grow the economy of Enugu State and the entire South East geo-political zone and beyond, is to ensure that this international airport, which is the only international airport South East of the Niger is fully functional”.

Aroh stated that the demolition of the illegal structures encroaching on Enugu Airport’s land would allow the installation of night landing equipment at the airport, adding that the state government was determined to ensure that any obstacle that hinders the full realisation of the airport project would be duly addressed.

“We have received assurances from the contractors, from FAAN, that this airport will be re-opened for operations in April. Every land that is acquired by FAAN is acquired by the state in line with extant laws and we are providing all the necessary support for this airport to be operational. We are going to continue to put in the best of our efforts to ensure that the directives of the State Executive Council are carried out”.

Be the first to comment on "Enugu Govt. Begins Demolition Of Structures Encroaching On Akanu Ibiam Int’l Airport"