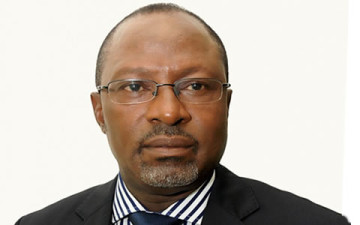 …Says Equipment Was At Seaport For About Six Months

The Managing Director, Nigerian Airspace Management Authority (NAMA) Capt. Fola Akinkuotu, has revealed that the Nigeria Customs Service (NCS) denied the airspace agency the waiver it requested for to clear the navigation aids at the Lagos seaport.
This is just as he said that agency paid over N100, 000.000 million to clear the imported equipment worth about N1billion.
He disclosed this while speaking to our correspondent at the weekend at the agency’s headquarters at the Murtala Muhammed Airport (MMA), Lagos.
Akinkuotu said that the equipment, which were at the seaport for about six months were eventually cleared and deployed in the last quarter of 2019.
NAMA as a government agency, he explained had applied for Customs Duty waiver to clear the critical safety equipment, but that the Nigeria Customs Service (NCS), did not honour the request, despite the duty waivers granted the aviation industry by the Federal Government.
The automation equipment, the NAMA boss said were installed in Lagos, Jos and Ilorin airports, adding that the agency was gradually upgrading the facilities at the nation’s airports and stations.
According to him, “The equipment were at the seaport for some few months because of issues of customs duty, application for duty waiver and others, but we have cleared them and they have already been installed. We didn’t get waivers for the equipment and we paid about hundreds of millions of naira for the clearance. The waiver request was not approved. They are part of the automation project.”
“They are mobile potable cabins that contain the one-stop Aeronautical Information Service (AIS), he added.
Recalled that that efforts to get Customs Duty waiver for the equipment failed and NAMA had raised the fear that the equipment may rust and become obsolete at the seaport if not cleared immediately.
“Clearing of these goods and paying Customs Duties cost hundreds of millions because these are very expensive equipment, we must find funds for doing this clearance and it must be done urgently because the equipment cannot remain in the ports at the risk of bad weather and anything could expire there and we will run the risk of starting all over again,” NAMA had said.
According to NAMA, it was asked not to include the clearance fees for the equipment in 2018 budget and was assured that as a government agency the equipment would be granted waiver.
Besides, Akinkuotu emphasised that NAMA had installed the Very Small Aperture Terminal (VSAT) in Jos and Enugu airport to further improve the radio network in those areas of the country.
On the inclement weather, the NAMA boss assured that the agency would continue to install more Instrument Landing Systems (ILSs) at airports and stations while any navigation aids that required calibration, would be done as at when due.
This, he stated would further improve service delivery to its clients.

Be the first to comment on "Customs Denied NAMA Waiver To Clear Navigational Aids—Capt. Akinkuotu"