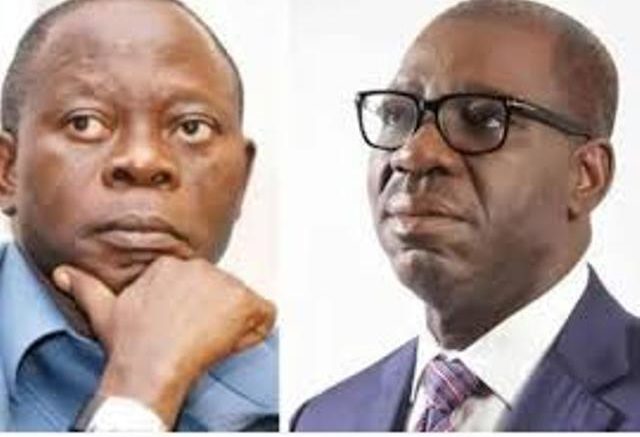 The Edo Council of Traditional Rulers and Chiefs has concluded arrangements to observe one day fasting for God’s intervention into the endless political battle between the Edo State Governor, Godwin Obaseki and the National Chairman of the All Progressives Congress (APC), Comrade Adams Oshiomhole

The two gladiators have been at logger heads over who controls the political power in the state.

The Otaru of Auchi HRH Alhaji Aliru Momoh Ikelebe III disclosed this to members of Otaru-In-Council (OIC) in his palace while briefing his chiefs on the recent Edo State Traditional Council meeting presided over by its chairman, the Benin Oba Ewuare II.

He said the fasting would hold on January 2 2020 and enjoined the entire kingdom to also support the efforts of the royal fathers “as prayers are never too much and nobody knows whose prayers Almighty accepts.”

A statement by issued by the Spokesman for the Otaru Alhaji Usman Abudah said Momomh urged Muslim Ummah in his kingdom to continue to pray for peace in the state.