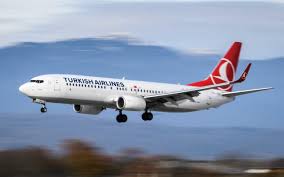 The Nigerian Civil Aviation Authority,(NCAA) has threatened to suspend the operations of Turkish Airlines in Nigeria if it fails to improve its services to the public.

The threat to suspend the airline is coming on the heels of alleged poor Condition of Service(CoS) which was obvious in the airline’s recent inability to ferry  passengers  and their luggage simultaneously.

The warning that was contained in a letter signed by the Acting Director General of the NCAA, Captain Abdullahi Sidi, dated December 11,2019 and addressed to the Country General Manager, Turkish Airlines, said that the company has until Monday, December 16,2019 to either remain in business or close shop in Nigeria.

“The NCAA wishes to extend its compliments to the Turkish Airlines and also to express its displeasure about the recent cases of not bringing passengers into Nigeria together with their checked-in baggage.

“These incidences which have been going on for over two weeks, have become bad that the most recent flights arrived without more than 85 per cent of passengers’ baggage on board. “Our airport authority has been facing serious crises controlling the passengers at the airport whenever they arrive without their baggage. This issue has made passengers carry out several mob actions at our airport and it is great threat to our airport facilities. While regretting that series of meetings NCAA held with the airline have so far failed to yield a positive development,” the statement reads

The Acting DG warned that “if no remedial action is carried out by the Turkish Airlines,” the suspension “shall be effective from December 16, 2019.”