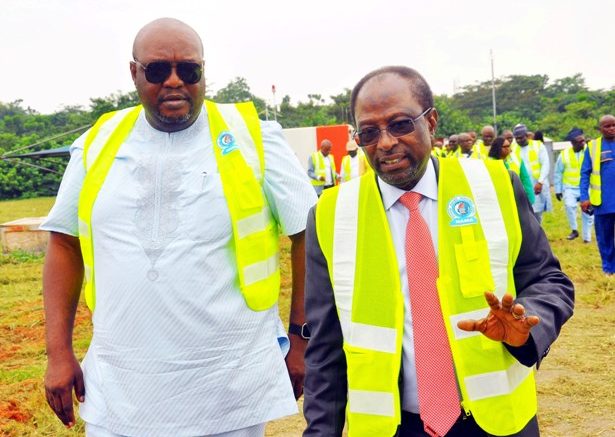 The House of Representatives Committee on Aviation has stated that it would in the short term assist the Nigerian Airspace Management Agency (NAMA) by ensuring that the bill for the amendment of the Act setting up the agency is speedily reviewd in line with modern trend.

The Chairman, House Committee on Aviation, Honourable Nnolim Nnaji stated this while speaking to aviation journalists shortly after inspecting facilities under the supervision of NAMA at the agency/s headquarters at the Murtala Muhammed Airport (MMA), Lagos.

He added that the bill for amendment of NAMA Act was submitted to the House by President Muhammed Buhari and that the bill would be given the desired consideration to assist the airspace agency to grow and compete with its counterparts in other parts of the world.

On the critical areas, the House would help NAMA; Nnaji said that the House would continuously oversight the agency just like any other agency, perform its legislative function as legislators  and helping the agency to look at generating its Internal Generated Revenue(IGR).

Earlier, the Chairman said that the committee was in NAMA to see what the agency is doing ,what it has, its challenges and how to help the agency to overcome these challenges.

According to him, “’Aviation is a very critical sector of the economy and we have to see  how we can support NAMA  to grow. NAMA is very critical agency to the aviation sector and we must look for ways to support its activities. We have a bill that was sent to us by President Muhammadu Buhari and very soon we will call for public hearing.” He continued, “On our own side we will do everything possible to ensure that NAMA becomes the best in Africa. Very soon we will ensure that NAMA gets its budgetary allocation to complete its projects.

Speaking also, the Managing Director of NAMA, Capt. Fola Akinkuotu said that the Aeronautic Information Service (AIS) said that the agency has some challenges which includes the AIS project, which started in 2009 and has not be completed but that the project was still on course.

He appealed to the legislators to help NAMA with enabling laws to move the agency forward,

The NAMA boss explained that the agency oversight of the House Committee on Aviation on NAMA is to see if the legislators can help to resolve the problems the airspace agency is facing.