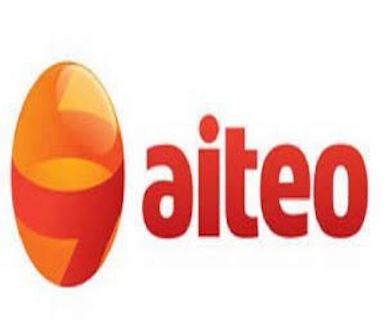 The court presided over by Justice Olufemi Oguntoyinbo, dismissed the winding-up suit, following an application made by

AEEPC’s counsel, Mr. Emeka Ozoani, to dismiss the application in opposition to withdraw of the application made by A. A. Adekeye, lawyer to Charlietam International Services Limited (CISL) the petitioner in the suit.

The petitioner, CISL in a suit filed through its solicitors, Anthony Enyindah, Victor Okezie and Dr Dickson Omukoro of Ntephe Smith & Wills Chamber, had urged the court to windup AEEPC, over alleged inability to pay N259, 068,753.00 million debt.

The petitioner, a Rivers State based oil servicing company, in the suit numbered FHC/LA/CS/1818/2019, accused Aiteo of failing to pay the money for services rendered to the respondent between December 2017 and March 2019.

The petitioner had told the court that the application to to wind-up the company was on grounds of insolvency, pursuant to sections 408 and 409(a) of the Company and Allied Matters Act.

At the resumed hearing of the matter today, Adekeye, who claimed to be representing the petitioner, informed the court that she has an undated application, seeking to discontinue the petition against AEEPC.

She said: “we have a notice of discontinuance, we have served the respondents and its aware of the application”.

In adopting the the notice of discontinuance, Adekeye told the court that it was in consonant with Company and Allied .

Ozoani (SAN) also told the court that the petitioner had gone to press, especially, October 19, 2019 edition of This Day newspaper, without court order, the development he said had caused apprehension to the clients of the respondent, as caused his client ‘injurious falsehood’.

Ozoani (SAN) while citing the authority of Air Via Limited Vs Oriental Airlines Ltd (2004) 9 NWLR (Part 878) 298, at 342 B-C to support his arguments that winding up petition cannot be used to established a disputed debt.

He also urged the court to dismiss the petition on the authority of Abayomi Babatunde Vs Pan Atlantic Shipping and Transport Agencies & Ors (2007) 13 NWLR (pt. 1050) 113. While also asked for cost of N 10 Million against the petitioner for injuring the reputation and corporate image of Aiteo by jumping the rules of court and publishing the petition on October 19, 2019 without the leave of the court.

Delivering ruling on the parties submissions, Justice Oguntoyinbo held that: “I have listened to the petitioner’s counsel who prayed the court to withdraw the petition after she had adopted it.

“The undated process is defective, The learned Silk have asked that the petition be dismissed. Parties cannot asked for anything else because once issued are joined.

“The petitioner went against the rule of the court by having the petition published in This Day newspaper when the matter has not be heard by the court. The petitioner did not take necessary caution.

“It is hereby ordered the petition is hereby dismissed and the cost of N8 million awarded in favour of respondent against the petitioner”.

Justice Oguntoyinbo also congratulates Ozoani (SAN) for his attainment on the rank of the Senior advocate, since is appearing before him for the fist time he was conferred.