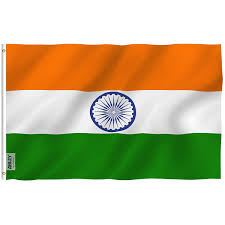 An Igbosere High Court of Lagos State, today, ordered the remand of an Indian, Lokesh Parwani, who attempted suicide after been arrested over alleged stealing and fraud of N146 million.

Justice Nichol Clay, made the remand order, after the defendant had pleaded not guilty to the seven counts charge of conspiracy, stealing fraud, issuance of dud cheques and attempted suicide, made against him be the men of Force Criminal Intelligence and Investigation Department (ForceCIID) Annex, Alagbon-Ikoyi, Lagos.

The police had in charge number LD/10480c/2019, accused the defendant of conspiring with some others said to be at large, of stealing and defrauding their employer of the sum of N149. 666 million.

He was said to have committed the offence sometimes in July, 2019, while acting as the company’s Personal Manager.

Upon the detection of the alleged stealing and fraud, he was said to have promised in paying back the money instalmental and thereby issued four cheques in the sums of $69, 444 USD; $69, 444 USD;  $69, 444 USD and $44, 444 USD, which were returned and rejected on the ground of insufficient funds in his accounts.

Following his failure to pay  back the money and coupled with the dud cheques he issued, he was arrested by the men of Force CIID, Alagbon-ikoyi, Lagos. He was alleged to have attempted suicide on July 19, 2019, at the entrance gate of the Force CIID, when he swallowed a rat killer named ‘Super Ready Action Bait Cake’.

The offences according to Mr. Morufu Animashaun, the Legal Officer, ForceCIID, are contrary to and punishable under sections 411, 287 and 407 of the Criminal Laws of Lagos State of Nigeria, 2015

Animashaun also told the court that the offences also contrary to and punishable under sections 1 (1) (b) of the Dishonoured  Cheques Offence (Act). Cap D11. Vol. 5. Laws of the Federation of Nigeria, 2004.

The defendant had pleaded not guilty to all the counts of the charge. And following his plea of not guilty, his counsel, Abiodun Kolawole and Emmanuel Asonroye, told the court that they have filed their client’s bail application and same has been served on the prosecution.

The defendant’s counsel position was confirmed by the prosecutor, Animashaun.

Animashaun however told the court that he is still within the time to file his reply to the application. He therefore urged the court to remand him in prison facility pending the hearing and determination of the bail application.

Following the submissions of the counsel, Justice Clay, while adjourned the matter till December 2, for hearing of the defendant’s application, ordered that he be remanded in the facility of Nigerian Correctional Services (NCS), formerly Nigerian Prison Services (NPS)

Be the first to comment on "Indian Citizen Remanded Over Alleged N149.6M Fraud, Attempted Suicide"