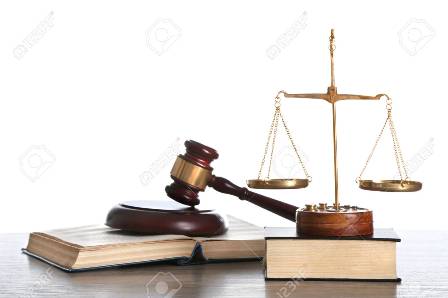 A Federal High Court sitting in Lagos, today, fixed November 21, 2019, for hearing of applications filed in respect of temporary forfeiture of properties belonging to Mr. Kola Aluko, an ally of the former Minister of Petroleum resources, Mrs. Diezani Allison-Madueke.

Justice Mohammed Liman, who presided over the court, gave the date, after Mr. Rotimi Oyedepo, counsel to the Economic and Financial Crimes Commission (EFCC) told the court that he is just being served with applications from Aluko’s counsel, Quadri Aderogba and another lawyer, Ammed O Ammed, who told the court that his client is seeking to be joined in the suit.

Justice Liman had on October 22, ordered interim forfeiture of some properties belonging to Mr. Aluko, while granting an exparte application filed by the EFCC.

In granting the application, Justice Liman had ordered EFCC to publish the order in a national daily newspaper, to enable any body that has interest in the properties to show cause so that the properties will not be finally forfeited to the Federal government of Nigeria.

The EFCC had told the Court that the said the Plot 3389 and Plot 3390 in Abuja were purchased for N350m and $18m, respectively. It said the Lagos property was bought for $55m.

The EFCC said the funds used to procure the properties were reasonably suspected to be proceeds of unlawful activities.

In urging the court to grant the exparte application, the EFCC lawyer, Oyedepo, had told the judge that the order sought was in compliance with Section 17 of the Advance Fee Fraud and Other Fraud Related Offences Act No. 14 2016, whice he said empowered the court to make such a forfeiture order.

Justice Liman while granting the order, adjourned till today, for report of compliance.

However, at the resumed hearing of the matter today, Mr. Oyedepo, after informing the court of his agency’s compliance with the court order, also told the court that he has been served with different applications from Aluko’s lawyer, Aderogba and Ammed, lawyer to parties seeking to join in the suit.

Ammed had told the court that he is representing Trelou Investment Incorporation and RMCG Development Limited, addding that his application is challenging court jurisdiction on the matter.

But for Aluko’s lawyer, Quadir, he told the court that his application was preliminary objection to the interim order.

However, the EFCC lawyer, Oyedepo, while asking the court for a short adjournment to enable him respond to the applications, said the court only adjourned for interested parties to show course why the properties should not be permanently forfeited to the Federal Government of Nigeria, not applications challenging the Court’s jurisdiction.

Following the request for adjournment made by the EFCC lawyer, Justice Liman adjourned the matter till November 21, for hearing of all applications.