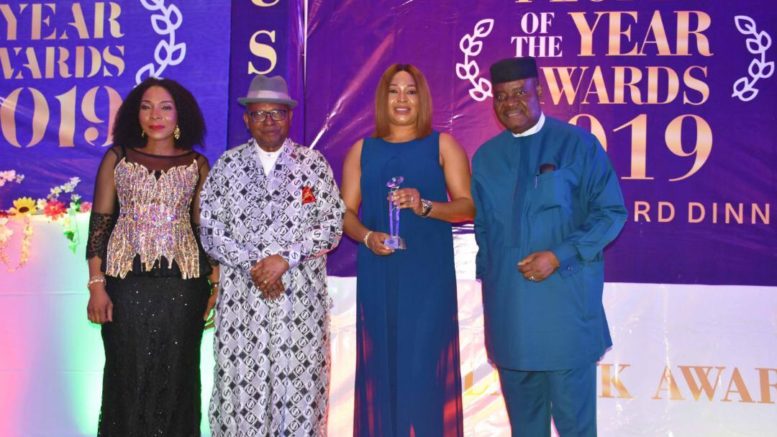 Nigeria’s leading carrier, Air Peace, has emerged company of the year at the 2019 Business Hallmark People of the Year Awards, organised by the Hallmark Newspaper Group.

Receiving the award, the Chief of Finance and Administration, Air Peace, Mrs Ejiroghene Eghagha, expressed gratitude to the organisers of the award.

She stated that it was a great delight to know that Air Peace was recognised as the company of the year.

According to her, “It gladdens me and, of course, the entire team to know that Air Peace, West Africa’s largest carrier, is being recognised today as an airline that has significantly contributed to the growth of Nigeria’s aviation industry”.

Eghagha noted that the five-year journey of the airline has not been devoid of challenges but collective determination and visionary leadership have kept the airline soaring to the top and achieving more firsts.

She added that the airline will continue to blaze the trail in the provision of safe and best-in-class flight services to all its customers.

The award was presented by the Chairman of the event, Professor Anya O. Anya, Chief Marc Wabara and Mrs Priscilla Oti.