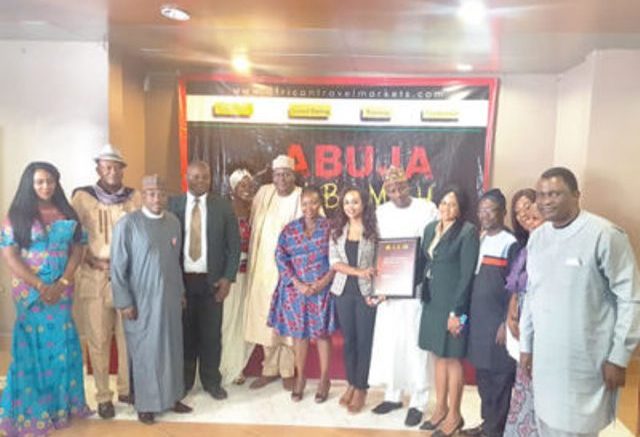 National Council for Arts and Culture (NCAC), Cabo Verde Airlines, Ethiopian Airlines, National Institute for Hospital & Tourism (NIHOTOUR) have been confirmed as partners for the 7th edition of Abuja Jabamah.

The one day event will take place on November 18, 2019 at the Exhibition Hall of the International Conference Centre (ICC) Abuja.

Cabo Verde Airlines will be making its first appearances at the tourism event organised by Akwaaba African Travel Market.

It is the national flag carrier of Cape Verde, operating flights to West Africa, Europe, North America and South America and will commence operation from Lagos, Nigeria in December.

This flight from Lagos will connect travellers to America, Europe and Latin America.

Ethiopian Airlines, a regular at Akwaaba African Travel Market, treated guests to a night of Ethiopian Experience at the just concluded event in Lagos.

Ethiopian Airlines is the biggest Airline in Africa and it over 70 years of flight operation has made it one of the continent’s leading carriers, unrivaled in efficiency and operational success.

As part of events lined up for the day, NIHOTOUR has also joined t5the partnership to treat guests to a city tour of Abuja.

NIHOTOUR, a Federal Government institution was established to meet the ever growing needs of tourism to provide best and quality service in the hospitality and tourism industry by introducing and training professionals in that field, as well as introducing post-graduate courses in the travel and tourism and hospitality fields.

NIHOTOUR will be at Jabamah to educate the public on her offerings and services.

Abuja Jabamah is a travel event put together by the organizers of Akwaaba African Travel Market in its efforts to drive domestic tourism.

It seeks to play host to a very huge travelling population, hotels, tour operators and travel agents to recognised and induct the 2019 batch of Nigeria’s Tourism 100 club.

The 2019 inductees with key focus on emerging leaders within the youth population consists of exceptional tourism promoters, CEO’s, government officials, media and exceptional employees of companies positioning Nigerian Tourism to the world.

There will be B2B speed networking sessions while specifically showcasing the tourism attractions of northern Nigeria and delegates will have the opportunity to have a taste of Northern delicacies which will be catered by Abuja’s Chef Fatima.

Director General NCAC, Otunba Segun Runsewe has change the old narratives; where government agencies are only heard during budget defence and with the just concluded NAFEST, which was highly successful,  NCAC is partnering with Jabamah just two days before its international event.

Be the first to comment on "NCAC, Ethiopian Airlines, Others partner Akwaaba For Abuja Jabamah 2019"