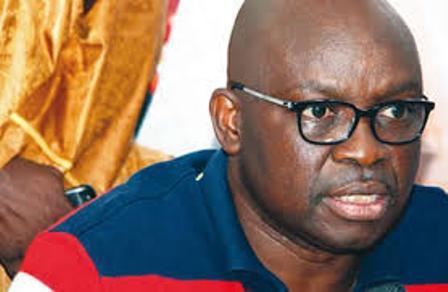 A former Manager with Zenith Bank Plc, Mr Sunday Oluseye Alade, today  told Justice Chukwujekwu Aneke of  the  Federal High Court, Lagos that the counting of the  N1.2 billion which was moved to the bank’s branch in Akure on behalf of a former Governor of Ekiti State, Mr Peter Ayodele Fayose, took the bank staff ten days to count.

Alade made the disclosure while testifying as a prosecution witness in the on-going trial of Fayose and his company, Spotless Limited, over alleged N3.3bn fraud.

In his evidence-in-chief, the witness who was the Head of the Akure Branch of Zenith Bank when the transaction took place in 2014 narrated how he arranged for a bullion van to pick up the cash warehoused in an Aircraft at the Akure Airport.

“On the 17th June, 2014, I received a phone call from Mr Lawrence Akande through Abiodun Oshode, who was my Zonal Head that a customer of the bank will be coming to make cash deposit in Akure. I was told that the customer would be coming by a flight to Akure Airport.

“After some hours, Abiodun Oshode came to my office to inform me that the said customer was in his office. I then followed him to his office where he introduced one, Biodun Agbele, to me as the bank customer. I was later instructed to prepare the cash movement team (bullion van and security) to pick the cash from the Airport”, he said.

Speaking further, the witness said: “When the aircraft arrived, three individuals disembarked from it, two of them walked away while the third person walked to Abiodun Agbele. After a short interaction, we were left to offload the cash from the aircraft.

“One, Adewale O., who introduced himself as the orderly to Senator Obanikoro led us to offload the cash. When we got to the branch, we bundle-counted the cash and it was about N744 million.

“We were told there was a balance and we went back to the airport to pick the second batch from the aircraft into our bullion van. The second tranch was about N494 million, making a total of N1.2 billion. The money was detail-counted by the Cash and Teller unit for ten days before it was credited into three different accounts”.

At today’s proceedings, a Senior Manager at the Abuja branch of the Central Bank of Nigeria (CBN), Aliu Mohammed, also testified as to how N2.2 billion was transferred into Diamond Bank’s account of a firm, Sylva Mcmanara Limited , from the operational account of the former National Security Adviser (NSA), Col. Sambo Dasuki, at CBN.

Mohammed, who is the Head of Payment Section at the apex Bank disclosed that a payments mandate was first received from the NSA’s office on the 4th June, 2014 to pay N200 million to Sylva Mcmanara for the purpose of physical security infrastructure.

He said another mandate was also received on 16th June, 2014, for the payment of N2 billion into the firm’s account for security services.

While being cross-examined by Fayose’s lawyer, Ola Olanipekun (SAN), the witness said his office did not come across the former governor’s name in any of the documents used to process the payments into Sylva Mcnamara account.

A former staff of Diamond bank, Olaitan Fajuyitan, was also on hand yesterday to corroborate the CBN’s staff claims of funds transfer into Sylva Mcnamara’s account.

He also narrated how the bank was instructed by Sylva Mcnamara to pay the sum of N1.2 billion to six individuals on the same day N2 billion was transferred to the account by CBN.

Further hearing in the trial continues on Friday.

According to the charge filed by the Economic and Financial Crimes Commission (EFCC), on 17th June, 2014, Fayose and one, Abiodun Agbele, were said to have taken possession of the sum of N1.2 billion, for purposes of funding his gubernatorial election campaign in Ekiti State, which sum they reasonably ought to have known formed part of crime proceeds.

Fayose was alleged to have received a cash payment of the sum of $5 million (about N1.8 billion) from a former Minister of State for Defence, Senator Musiliu Obanikoro, without going through any financial institution and which sum exceeded the amount allowed by law.

He was also alleged to have retained the sum of N300 million in his bank account and took control of the aggregate sums of about N622 million which sum he ought to have known formed part of crime proceeds.

The former governor was also alleged to have procured De Privateer Ltd and Still Earth Ltd, to retain the aggregate sums of N851 million in his bank account which they reasonably ought to have known formed part of crime proceeds.

Besides, the accused was alleged to have used the aggregate sums of about N1.6 billion to acquire property in Lagos and Abuja, which sums he reasonably ought to have known formed part of crime proceeds.

Be the first to comment on "We Counted Fayose Alleged Laundered N1.2B for 10 Days–Zenith Bank Manager"