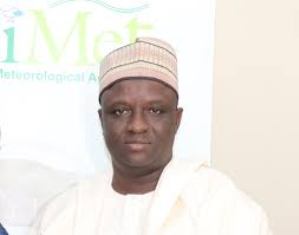 Workers of the Nigerian Meteorological Agency (NiMET) are up on arms against the Director-General of the agency, Prof Sani Abubakar Mashi, for allegedly  converting an expanse of land meant for staff quarters at the Federal Capital Territory (FCT), Abuja to personal property.

The staff accused Mashi of selling the landed property to the workers, claiming that the property in question was allocated to the staff by the Federal Government, a gesture that was also extended to the Federal Airports Authority of Nigeria (FAAN) and other agencies in the aviation industry in Abuja.

The staff alleged that they had planned to develop the virgin land until Mashi allegedly changed the papers at the Federal Capital Territory (FCT), brought developers to the land in his name and attempted to sell such to staff at exorbitant rates.

A document made available to Abelnews with the heading, “Offer of One (1) Housing Unit in Prof. Sanu Abubakar Mashi Housing Estate, Located at Aviation District, Abuja,’ showed  that a three bedroom terrace at the estate was sold to staff at N16,560,211.31 by Mashi.

The document was obtained from the NiMET Staff Multipurpose Co-operative Society (NSMCS) and signed by the Chairman, Mr. Haleed Dass.

The document said that the payment on the allocated property would be deducted from staff monthly salary, adding that the memo also declared that “purchaser must meet all qualifying requirements for National Housing Fund Loan.

According to the document, “Any outright payment or outstanding balance (in the case of retirees, etc) of the cost of the house shall be negotiated and agreed upon between the purchaser and the co-operative. All purchasers are under the obligation to pay charges which include maintenance fees, security, estate permit, rates, levies and any other charges that may be imposed by relevant government agencies or authorities including NiMET staff multipurpose cooperative society limited from time to time.”

However, the workers are alleging that the large parcel of land is the property of NiMET staff, wondering why Mashi would convert it to his personal property.

A source close to the unions stated that that Mashi about three months ago through the cooperative, deducted the sum of N25, 000 each from the salary of workers for beacon, adding that the land was going to be property of NiMET.

However, the source alleged that barely two months after the collection of N25,000, the DG converted it to his personal estate under Abubakar Mashi Housing Estate.

The source also alleged that the property is handled by the cronies of Mashi, which had led to agitation among the staff of the workers.

To address this issue the unions in NiMET on October 17, 2019, held a congress in Abuja and severely kicked against the position of the management on the landed property.

The unions comprising of the Joint Working Committee of Amalgamated Union of Public Corporations, Civil Service Technical and Recreational Services Employees (AUPCTRE), National Union of Air Transport Employees (NUATE) and the Association of Aviation Professionals (ANAP), in a document directed the workers to stay action on the letter of allocation made available to them through its staff multipurpose cooperative society.

The unions in their resolutions signed by Aloo Adesina, Uzor Samuel and Samson Ambo not subscribe to the scheme should be refunded of their initial subscription fees from NiMET cooperative.

In the same vein, the unions in another letter dated October 10, 2019 with the reference number: JAC/001/AUPCTRE/NUATE/ANAP stated that they were never involved at any stage of negotiation before the issuance of the landed property.

They stated that they were not also comfortable with the forms and conditions in the quoted document.

He further explained that plans were ongoing for the development of the land between NiMET, the cooperative and private developers.

The Director General, he stated was not involved in the handling of the estate

According to him, “More so, the Director-General is not even involved in handling such,”