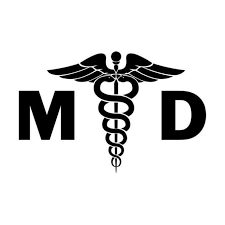 The police today re-arraigned two medical doctors, a husband and wife, at an Igbosere High Court, Lagos over alleged attempted murder of a 17-year-old patient.

However, the couple pleaded not guilty to the charge.

Earlier, the Lagos State Prosecutor, Mr Babatunde Sunmonu, told the court that the defendants committed the offence on July 26, 2018, at Excel Medical Centre in Dolphin Estate, Ikoyi in Lagos.

Sunmonu said that the defendants attempted to murder a 17-year-old boy, one Somtochukwu Ezi-Ashi, by unlawfully causing grievous bodily harm to his left leg.

According to the prosecutor, the duo caused grievous harm on the 17-year-old boy by fixing a Plaster of Paris (POP) cast too tight on his leg without his consent or that of his parents.

Sunmonu said that the two doctors, who were not orthopaedic specialists, recklessly administered orthopaedic medical treatment to the minor, from his upper thigh to his toes and deliberately refused to remove the said POP when requested to do so.

He said that the defendants deliberately removed the POP in a manner that put the life of the boy at risk.

He added that the defendants unlawfully inflicted wound to the left leg of the complainant “when they lacerated his toes with a saw blade and concealed the act”.

Counsel to the defendant, Mr Sashore Supo (SAN), prayed the court to allow the defendants enjoy the previous bail earlier granted them by the court.

Justice Adedayo Akintoye, in her ruling, said “the previous bail is to continue forthwith, the defendants should ensure they appear in court for their trial.

Akintoye, however, adjourned the case until November 27 for trial.

The defendants hard earlier been arraigned on May 28, before the court on a three-count charge which they pleaded not guilty to and were granted N500,000 bail each with two sureties each in like sum.

Recalled that the defendants were first arraigned on August 31, 2018 at the Igbosere Magistrates’ Court, Lagos and were granted bail.

However, the Director of Public Prosecutions issued a legal advice that the case be transferred to the High Court.