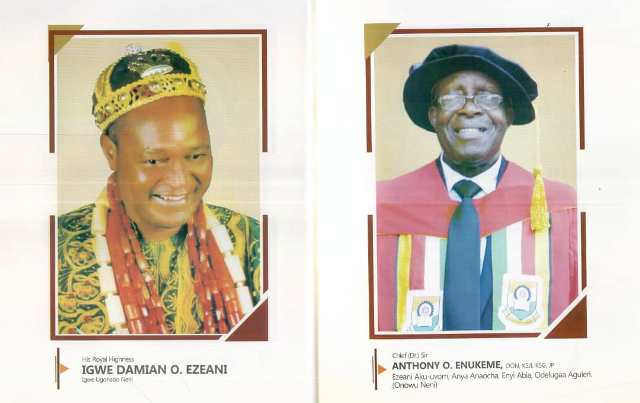 The National Festival of Arts and Culture (NAFEST), is a festival  of unity  that has kept our dying fire of culture, heavily lit up, refocusing our heritage value chain and strengthening call for skill acquisition and its driving advantage to reverberate the call for home grown solutions to our many socio economic challenges.

Indeed, NAFEST seems to have the frontal effect to trigger various festivals across Nigeria, from the North, South, East and West, opening Nigeria to both local and international visitations, all primed to unveil the richness of our culture and tradition.

In weeks to come, particularly in November, the over hundred years old festival of NkaDioka, held in Akwa, Anambra state would brace for proper interpretation of Igbu-Ichi, a tribal mark well known in Igboland but has gradually faced extinction in methodology and knowledge.

Indeed, the theme of this year outing of the festival strongly connects to the all-important need to link proper understanding of this dying culture and heritage of the Igbo nation to current but hugely misplaced narrative of the Igbo people to the invention and practice of identification of the people, not excluding the royal lineages. One significant advantage truly lies in our people knowing who they are as history of mankind evolves, some with stronger connection to processes of communication domiciled in the hands of foreigners and sponsored by powers out to swallow the age long history, heritages and cultures of other nations better than their own for deliberate socio-economic and political advantage.

A friend of mine who would not want me to keep his details out of this first discuss on the festival, explained what Nka-Dioka festival is out to achieve and the elaborate process of its celebration.

He noted that, “Ichi and the age old practice of Igbu-Ichi are well known in almost all corners of Igbo land. It is not merely a tribal mark. It is a first stage to attainment of manhood and eventual climb to great nobility. It has not only its code of   conduct   and   practice   but   also has a clearly marked out season   and   carefully   regulated   observances.   The   beginning   of   Ichi season herald once annually by a special style and local recognized cry of   a   bird   from   its   habitat   Ofiaudo-Ejidike   usually   in   first   week   of November”.

“This bird is known in the town as Ekwulo. With the Bird signaling the start of IgbuIchi season, the Nwa-Dioka set out on his  travel   well   equipped   and   in   company   of   his   lieutenants,   the   Nwamgbadoichi, Nwansnichi, Nwanso , etc. The history of Igbo race cannot be complete without the mention of Igbu-Ichi culture, its origin and purpose. We owe this to our ancestors, who worked to preserve the institution.  However, further discussions are going on for the younger generation   to   “Ichinalised”   the   system   to   meet   modernity   through research as being done by the tattooists in other climes”.

“Method: The sacred knife that was used for IgbuIchi was made by Awka blacksmiths. It was said to be sharper than razor blade and could not be used for any other purpose than Igbu-Ichi, Utu-Mbubu

Surgery: The craftsmen were surgeons of their time but without formal education. Igbu-Ichi had to do with the outer membrane of a human skin; yet there was no formal training on human anatomy. They avoided the later membrane and thick blood vessels throughout their practice.

Art: Is an endowment and its practice manifests the complete exhibition of God’s inner gift to man. Umudioka people were great Artists. We as a generation of Umuakikpo owe it a duty to our ancestors to permanently celebrate   this   festival   as   mark   of   honour   and   respect   for   their   great achievements. This year’s celebration will be hosted by Nwawelugo AgeGrade,   and   to   connect   with   this   year’s   Theme:   sustaining   heritage through knowledge and modernity. Art exhibition cultural library, poetry, book   review,   professional   wrestling   has   been   introduced.   As narrated by the Chairman of the Age Grade Chief (Sir) NkeneEnukeme and Chairman Planning Committee, Prince Kelvin Ike Mgbemena.

Be the first to comment on "Nka-Dioka Festival: Heritage Through Knowledge And Modernity By Frank Meke"