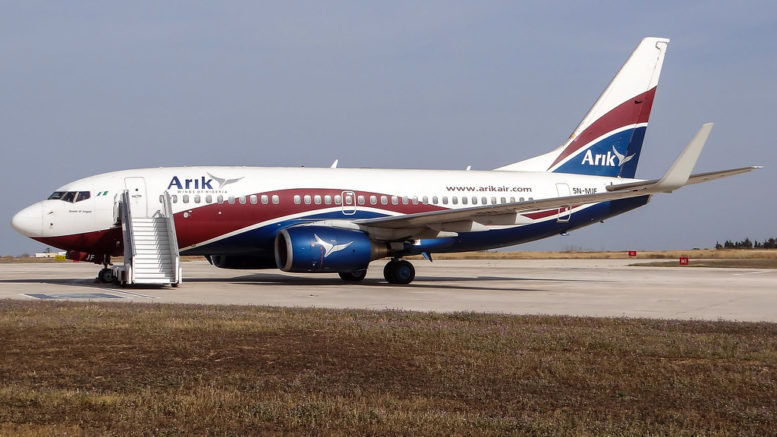 Arik Air, one of the Nigeria’s leading carrier has stated that it would re-launch daily flight operations to Sam Mbakwe Airport, Owerri the Imo State capital from the Murtala Muhammed Airport(MMA),Lagos on Monday, October 21, 2019.

Recalled that Arik Air suspended flights to Owerri early this year due to operational exigencies and since then passengers have been yearning for a return of the leading carrier.

The re-launch of flights to Owerri is coming on the heels of the resumption of services to Warri by the airline on September 6, 2019.

The airline also stated that in the coming weeks, it would be returning to more previously suspended destinations as well as opening more routes to cope with passengers’ demands.

It advised customers to visit www.arikair.com for best fares or go to any Arik Air City Office of Airport Ticketing Office for ticket reservation.