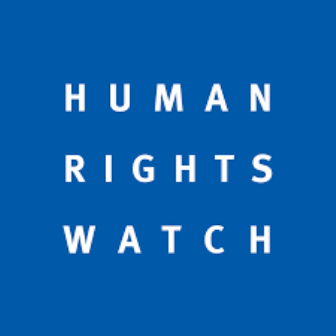 Human Rights Watch has said that the release of 25 children by the Nigerian Army on October 3, 2019 is an important step toward rights-respecting treatment of children affected by the Boko Haram conflict in Northeast Nigeria,

The 23 boys and 2 girls had been detained at Giwa Barracks, the main military detention facility in Maiduguri, Borno State, for suspected involvement with the armed Islamist group Boko Haram.

According to HRW, the children were released three weeks after it published a report documenting the degrading and inhuman conditions in which children have been held at Giwa barracks.

The body found that children were detained without charge for months or years in squalid and severely overcrowded cells, where children experienced beatings, overwhelming heat, and frequent hunger.

“These children will now be able to reunite with their families and pursue their education, instead of languishing in prison,”.

According to the United Nations since 2013, Nigerian armed forces have detained over 3,600 children, including 1,617 girls, for suspected involvement with non-state armed groups.

According to UNICEF During the same period, Nigerian authorities have released at least 2,200 children and that the number of children released in 2019 is now 44.

HMW said that in June 2019,it interviewed 32 children and youth who had been detained as children at Giwa barracks for alleged involvement with Boko Haram.

The body said that the children aid they had been taken before a judge or appeared in court, and none were aware of any charges against them and that some had been held for more than three years.

The 418 children detained for alleged association with armed groups in 2018 was a dramatic decrease from the 1,900 detained in 2017, according to the June report of the UN Secretary-General on children and armed conflict.

HRW urged Nigerian authorities to release children in military detention and allow UN access to detention facilities for monitoring and verification and that the authorities should also sign and carry out a formal handover protocol in line with international standards to ensure the swift transfer of children apprehended by the military to child protection authorities for rehabilitation, family reunification, and community reintegration.

It added that other countries in the region, including Chad, Mali, and Niger, have already signed such protocols.

“The Nigerian army’s release of 25 children frees them to pursue a meaningful future. The government should take further action to free any remaining children wrongfully held and put a protocol in place to ensure that children affected by the Boko Haram conflict receive the help they need,” Becker said.

Be the first to comment on "Nigeria: Army Frees 25 Child Suspects After Abuse Reports"