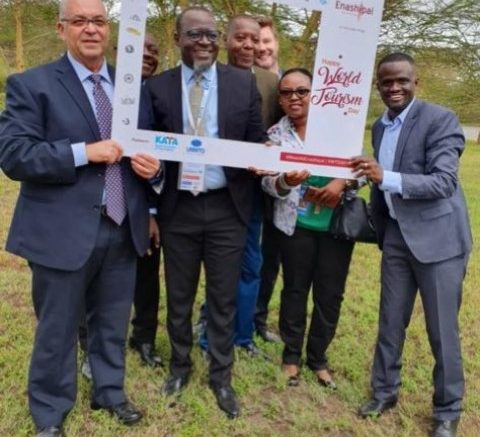 The National Association of Nigerian Travel Agencies (NANTA) today joined the rest of the world in celebrating the World Tourism Day which is celebrated on every 27 September all over the world since 1980.

The Chairman of the KATA, Mr. Mohammed Wanyoike in his opening remark called on other African countries and the rest of the world to ensure that tourism is developed and its potentials are fully maximised.

Speaking on the theme of the annual convention which is “Travel In Transition: Re-Imagining The Future Of Kenya’s Travel Industry”, he noted that IATA NewGen ISS would be implemented in Kenya in December 2019 and that it would boost travel and tourism.

Wanyoike noted that Kenya is excited at the introduction of the NewGen ISS and that the association looks forward to December when it can be put to use.

He also added that with the presence of President of NANTA, Mr. Bankole Bernard, and other NANTA Executives, there would be room for discussion on the NewGen ISS.

In another development, NANTA has pledged its commitment to the support of the Institute of Directors (IOD), Nigeria on Tourism Affairs in a closed meeting with delegates from the IoD, led by the Chairman for Tourism and Hospitality Committee of the IOD, Mr. Biodun Jaji

Speaking on the IoD’s forthcoming conference on October 30, 2019,Jaji disclosed that the theme of this year’s event is, “Driving Sustainable Tourism Through Governance, Policy & Infrastructure.”

He added that some of the major speakers at the event would be the Minister of Information and Culture, Alhaji Lai Mohammed, the Executive Governor of Lagos State, Mr. Babajide Sanwoolu and His Royal Highness, Oba RilwanAkiolu, Oba of Lagos.

Be the first to comment on "NANTA, Others Celebrate World Tourism Day 2019"