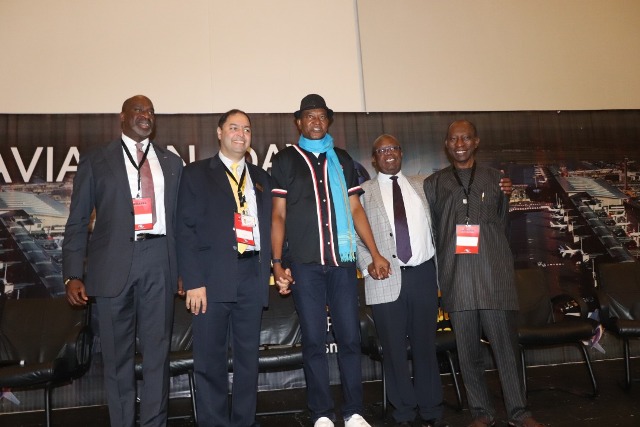 He said this while speaking at the Aviation Day of the 15th Akwaaba Travel Market at the Eko Hotel and Suite, Lagos , with the theme, “theme,”Impact of Airport Development, Airlines on Tourism Growth”

Speaking further, he stated that Ghana aviation authority has eliminated Value Added Tax on air fare, adding that apart from that the country has a world class and operational that can compete with any other terminal in the world.

He added that although the terminal may not be as big as other terminal, but that it is very functional for the airline to carry out its business and make profit.

Ghana’s environment according to him is business friendly, compared to that of Nigeria, adding that that is why the airline operates from there to other countries including Nigeria.

“It has business friendly environment and it allows us to do our business profitably”, he said.

On partnership, the AWA COO, stated that it planned to sign partnerships with more African airlines as part of efforts to expand its route networks and connect West African air travellers to other parts of the world.

This is just as he informed that AWA already has partnership with the ailing South Africa Airways.

He added that the Ghana based airline that operates 200 times every month from Nigeria and presently flies 50,000 passengers monthly.

Also speaking, the  Director, of Government, Legal and Industry Affairs,Africa Airlines Association (AFRAA) Aaron Munetsi stated that the several charges airlines in the continent pay have prevented them from making profit.

He also spoke at the Aviation Day, with the theme, ”Impact of Airport Development, Airlines on Tourism Growth”

The former Regional General Manager-Africa and Middle East, South Africa Airways, South Africa Airways argued that airlines in Africa pay a lot of charges such as landing, parking, over flier to airport authorities; handling charges to ground handlers and other charges and that as a result they are not able to make profit.

He added that the charges airport authorities level on African airlines are too much and that no airlines can make profit after paying these charges, calling Africa aviation authorities to take a critical look into the issue.

Munetsi urged African governments and airlines to key into the Single African Air Transport Market (SAATM), adding that the new initiative would resolve some of the challenges the airlines in the continent are facing.

The former AFRAA boss stated that already 31 African countries have signed to be part of SAATM, adding that was a sign that Africans are making progress.

Be the first to comment on "(Updated) Ghana Provides Conducive, Business-Friendly Environment Compared To Nigeria–AWA , COO"