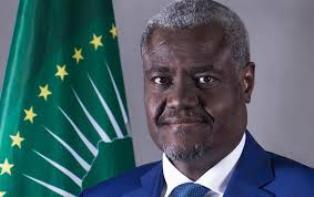 The Chairperson of the African Union Commission Moussa Faki Mahamat has condemned in the strongest terms, the incidents of violence against nationals of fellow African countries in South Africa including the looting and destruction of their property.

A statement issued in Addis Ababa, Ethiopia by the Spokesperson to the Chairperson, Ebba Kalondo (Ms), quoted the Chairperson as saying that she is encouraged by arrests already made by the South African authorities.

The Chairperson called for further immediate steps to protect the lives of people and their property by ensuring that all perpetrators are not only made to account for their acts,but also ensure that those who suffered economic and other losses get justice

The Chairperson reiterates the African Union’s Commission continued commitment to support the South African government in addressing the root causes that led to these despicable acts, in order to promote peace and stability, within the framework of the African Union’s longstanding principles of continental solidarity.

Be the first to comment on "AU Condemns Xenophobic Attacks On Nigeria, Other Countries By South Africans"