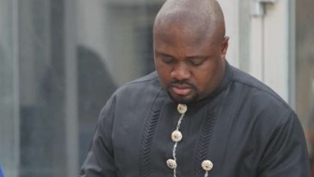 A Federal High Court sitting in Lagos, today, discharged and acquitted Dr. Emmanuel Waripamo-Oweu Dudafa, Senior Special Assistant to former president Goodluck EbeleJonathan, who was charged before the court for conspiracy, forgery and laundering of the sum of N1.6 billion leveled against him and a banker MrIwejuo Joseph  by the Economic and Financial Crimes Commission (EFCC).

Also discharged and acquitted alongside Dr. Dudafa, on the alleged offences, is a banker, Iwejuo Joseph.

In discharging the dou of the 22 counts charge, justice Mohammed Idris held that the prosecution has failed to prove its cave against the two men. The judge also said the prosecution was unable to link Dudafa and Iwejuo to said crimes

The judge while reviewing the documentary and oral evidence of the parties, stated that the prosecution case collapsed because they  failed or refused to call vital witnesses that would have help thier case.

In particular, the judge held that the failure of the prosecution to call Sombre Omeibi, Colonel Sambo Dasuki, the former National Security Adviser during Jonathan’s regime, Mr. S. A. Salihu, a Director of Finance in the NSA office, the Central Bank of Nigeria (CBN) governor or its representative, or any member of Otueke Anglican Communion, was fatal to the anti- graft agency case.

Justice Idris said its not the numbers of the witnesses called that matters in a trial,  but vital witnesses that can throw light into the grey areas.

He added that if the prosecution had called anybody from Otueke Anglican Communion, the witness  would have been able to tell the court whether or not they gave the money realised from the fund raising to ex-president Jonathan to hold in trust for them. And that Dasuki or the representative of the CBN if called would have been able to clear the air on whether money was actually released.

The judge while holding that the anti-graft agency was unable to prove the 22 count charge against the duo, said that both Dudafa and Iwejuo were not directors or signatories to the companies alleged to have been used in laundering the money and as such, they could not have authorised to release of the money into another accounts

On the allegation of forgery against Iwejuo, the judge faulted EFCC in that they failed to provide material evidence that the banker indeed forged documents or someone’s signature.

On the allegation of non-declaration of assets by Dudafa, the court held that evidence before the court showed that the Senior Special Assistant to ex-president Jonathan did declared his asset.

Justice Idris, citing plethora of authority, said the prosecution based its case on suspicion and that it failed to prove the ingredients of money laundering.

On the issue of the three bags of money collected from Jonathan’s ADC, the judge said that Dr. Dudafa admitted collecting the bags, but that he did not know the content. While the prosecution was unable to prove that the content of the bags was money either Naira or Dollars.

The judge while eulogising the industry of the prosecution stated that the prosecution tried its best, but could not fill the gap created d by the shoddy investigation of the matter.

Justice Idris said that while the judiciary would be part of the war against corruption, it should be done within the ambit of the Constitution.

Consequently, the judge said: from the all evidence before the court, the prosecution has failed to prove the case of conspiracy, forgery and money laundering against the defendants.

“The two defendants are hereby discharged and acquitted of all the 22 counts amended charge”.

Both Dudafa and the banker, Joseph Iwejuo were first arraigned before the court on the alleged crimes on June 15, 2016, by the EFCC.

During the trial of the case, the prosecution called seven witnesses and tendered several documents as exhibit, while Dr. Dudafa and Iwejuo only testified for themselves.

Be the first to comment on "Court Acquits, Discharges Jonathan’s Aide, Dudafa, Other Over Alleged N1.6B Fraud"