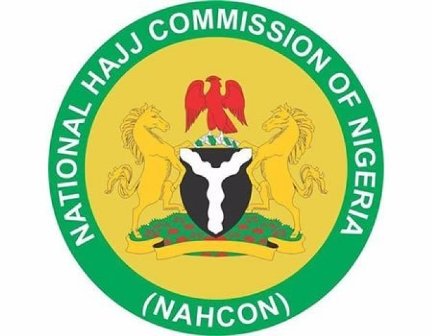 …Hajj Body Going Beyond Its Mandate-Joji

The Ministry of Aviation has objected to attempt by the National Hajj Commission of Nigeria (NAHCON) to prevent the Skypower Express Airways,a charter operator from operating the ongoing Hajj exercise to Saudi Arabia.

The condemnation is coming few days after Medview Airline accused the Hajj body of breaching the contractual agreement on Hajj it signed with NAHCON.

The Ministry stated that Skypower Express as a Nigerian carrier had met all the necessary provisions, rules and regulations of the country and deserved to be allowed to benefit from charters, ad hoc flights, just like Flynas a  charter operator from Saudi Arabia and any other interested charter operator around the world.

Letters obtained by Abelnews at the weekend, questioned the authority of NAHCON, to stop a charter operator like Skypower from operating the annual exercise to the holy land.

One of the letters, dated August 9, 2019 and signed by Legal Adviser/ Aviation, S.S. Liman for Permanent Secretary and addressed to the Chairman, NAHCON, stated categorically that the commission lacked the power to unilaterally exclude a carrier for the hajj exercise without liaising with appropriate government authorities before coordinating Hajj and Umrah activities.

The letter said that NAHCON did not liaise with the ministry on its circulars banning airlines on charter operations during Hajj operation, adding that all issues of civil aviation in Nigeria was superintendent by the Ministry of Aviation as the aeronautical authority of Nigeria.

The letter further noted that the Bilateral Air Service Agreement (BASA) agreed by the Ministry between the Federal Republic of Nigeria and the Kingdom of Saudi Arabia was misrepresented in the commission’s letter.

Liman stated that charter services were not discriminated by the BASA operational between the two countries; rather, it subjected the same to the approval of the contracting parties’ aeronautical authorities.

“The decision whether or not Skypower Express or any airline operators/companies of Nigeria should or can operate charter flight to Saudi is not for the commission to take as it is clearly beyond its mandate.

“Section 4 (i) (b) of the commission Act is referred to. That decision can only be made by the aeronautical authority of Nigeria (the Federal Ministry of Transportation).”

Recalled that NAHCON had in a letter dated August 2, 2019 with the reference number NAHCON/A1/18/III/341arrogated to the commission alone the powers to determine the airlines that participated in the activities of Hajj operation in all its ramifications, citing 4 (a) of the National Hajj Commission of Nigeria (Establishment) Act 2006 to back its claims .

In another letter dated July 30, 2019 from the Federal Ministry of Transportation with the reference number: FMA/ATMD/0186/S.5/XIII/257 and signed by Engr. H. Musa, Director, Air Transport Management on behalf of Permanent Secretary, complained about the exemption of Skypower Express from operating as a charter operator during the exercise.

The letter had complained about the directive of NAHCON to licensing companies to patronsie only scheduled carrier or the three carriers approved by NAHCON.

The three carriers according to the letter were Max Air, Med-View and Flynas.

The letter however, referred to the subsisting BASA between Nigeria and Kingdom of Saudi Arabia, which confirmed that airlines from both countries were allowed to enjoy charter operations whenever the need arises in accordance with the Para E of the BASA arrangement.

According to the letter Skypower Express one of the airlines from Nigeria to KSA has the right to benefit from the provisions of the BASA rights, including charter operations, adding that same right was being enjoyed by Max Air, Med   view and Flynas.

“More so, foreign airlines operating into Nigeria have always been asking for charter/ad hoc flights during high seasons like Hajj, Umrah, Christmas and end of the year period, which the Ministry has been granting in accordance with subsisting BASA between our countries.

“Skypower Express has met all the necessary provisions, rules and regulations of Nigeria and deserved to be allowed to benefit from charter/ ad hoc flights of Nigeria.”

The Chief Executive Officer (CEO) of Skypower Express Airways, Capt. Muhammed Joji, who confirmed the developments, stated that the intervention of the Ministry of Aviation ensured its eventual participation in the exercise.

The Skypower boss added that he operated three flights out of Nigeria with 1,893 pilgrims.

Speaking further, Joji stated that he airlifted some pilgrims from Guinea Bissau and Sierra Leone, but frown at the “high corruption in NAHCON.”

He also accused NAHCON of engaging in economic sabotage by giving Medview Airline pilgrims to a Saudi based foreign carrier, Flynas, when other indigenous airlines had the capacity to do so.

Just like the Ministry of Aviation, Joji stated that NAHCON had no right to interfere in charter operations, stressing that the Saudi authorities only recognises Ministry of Foreign Affairs and Civil Aviation Authority (CAA) in Hajj operations.

In his words, “NAHCON has been breaking the laws all along and people have been keeping quiet. NAHCON has no business in how an approved carrier airlifts pilgrims. Saudi Arabia recognsies only two institutions in Nigeria when it comes to Hajj operations; Ministry of Foreign Affairs and Civil Aviation Authority (CAA), but NAHCON has no business with charter operators.

“If there is any problem, Saudi Arabia authorities will only talk with Foreign Affairs Ministry or the CAA. In that case, NAHCON operation is localised here. It has no any business in Saudi Arabia. Also, NAHCON has no business in international pilgrims and that was cleared by the ministry. The ministry warned them about their interference. The foreign affairs and CAA can overrule you.”

He warned that Hajj as a critical component of Nigeria politics could make or mar the government and wanted the government to look deeply into the activities of NAHCON in recent time.

According to him “There is too much corruption in NAHCON exercise. That place must be properly cleansed.”

Be the first to comment on "2019 Hajj: Aviation Ministry Warns NAHCON Over Failed Attempt To Prevent Skypower Express Airways"